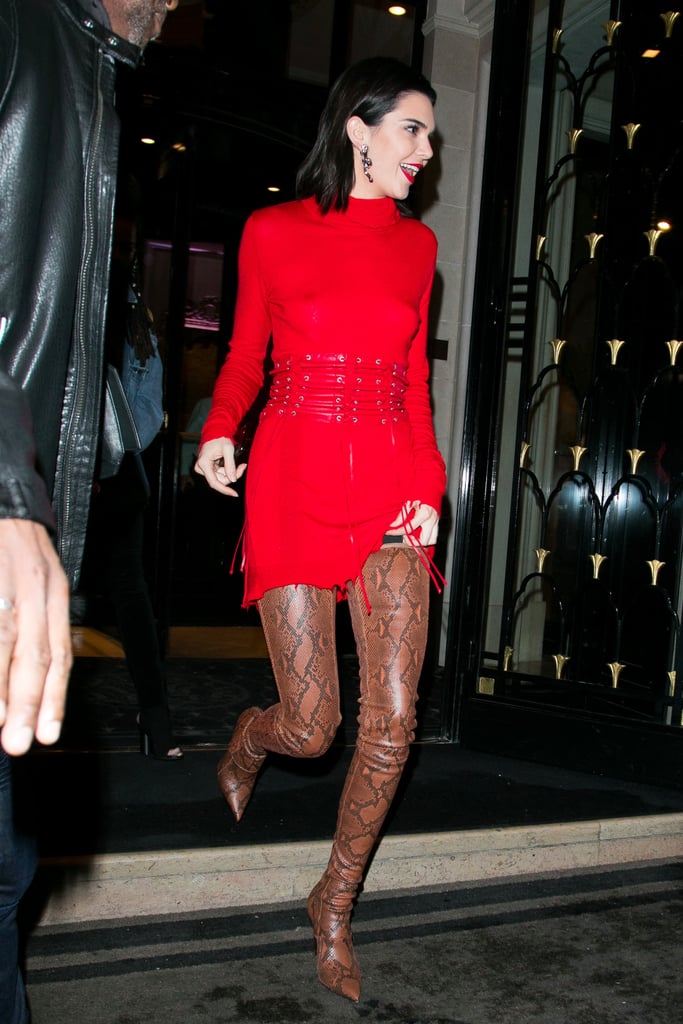 Models Are Giving Up Pants Just to Wear These Boots

They might all come from different designers, but the latest It boots have something in common: they go up to there — and then some. In fact, Kendall Jenner, Hailey Baldwin, Miranda Kerr, and Kylie Jenner have all ditched pants to slip into their thigh-highs. Miranda caused a stir at the airport, when she rocked her Spring 2017 Balenciaga pair following the enforcement of United's infamous "no-leggings" rule. Miranda's high-fashion outfit appeared satisfactory to us — her leggings came equipped with pin heels after all.

Even before that, Kendall swiped these snakeskin Balmain boots off the Fall 2017 runway and styled them in Paris with a corseted tunic. Her sister Kylie followed suit, Snapchatting her own spandex shoes that match Miranda's, only in a bright purple colorway. Scroll to check out the different variations making it big, then shop the trend if you're ready to give off the illusion of leggings or simply give up trousers for a pair of boots that are really, really tall.