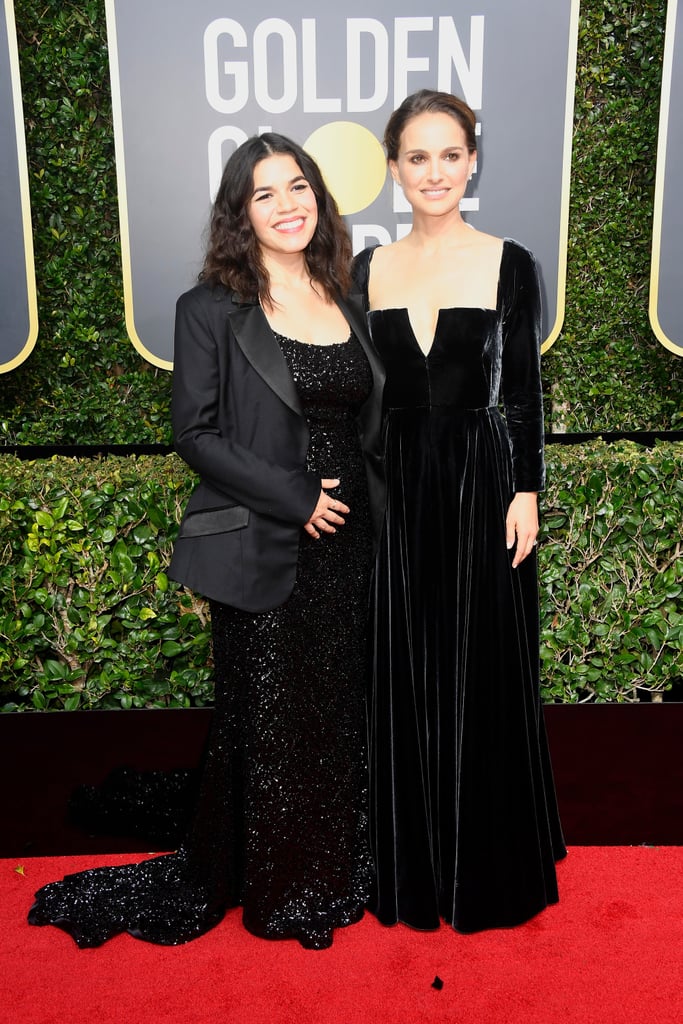 America Ferrera was one of the leading forces behind the #TimesUp initiative, so she, of course, wore black to the Golden Globes. The actress walked the red carpet with Natalie Portman, and both women donned all black hues in a protest against sexual harassment and assault. America, who just announced her pregnancy, sweetly cradled her bump for photos and covered up her custom Christian Siriano dress with a black blazer. Read ahead to see both America and Natalie's gowns below, then check out all the other women who wore black to the Globes.