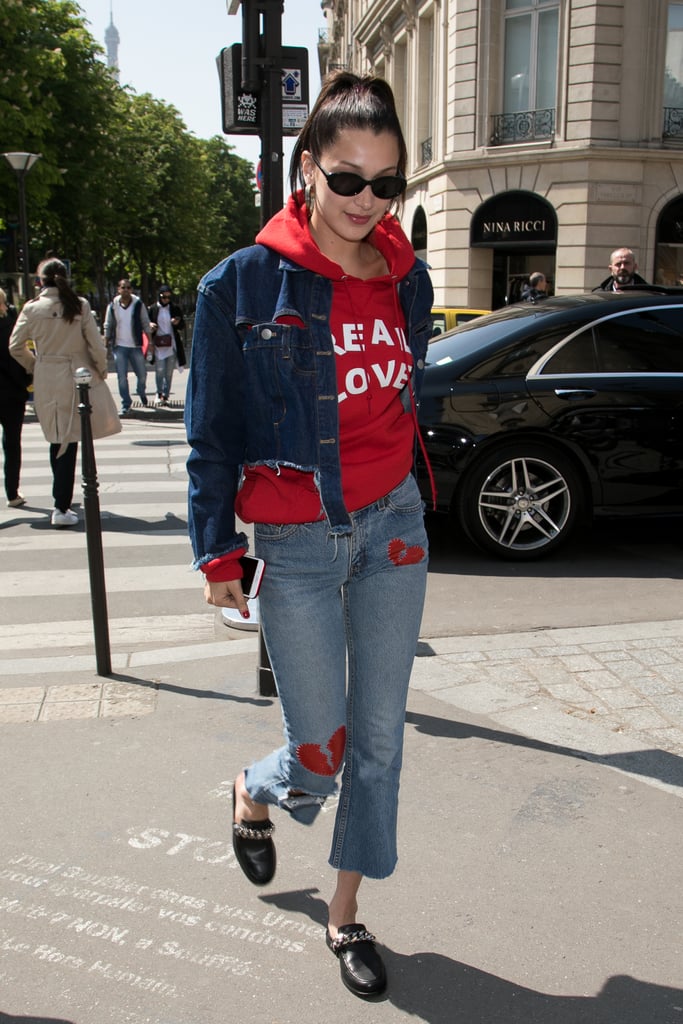 Bella Hadid has been enjoying her time in Europe this past week. She was first seen in Paris trying to go incognito in a very baggy camo jumpsuit, but it doesn't seem like she was trying to hide in in her latest outfit.

The 20-year-old model, who broke up with her boyfriend The Weeknd back in November, was seen wearing an outfit that has everyone talking. Bella wore a bright red hoodie that says "Real Love", paired with a pair of jeans that feature broken hearts along the front. Though her shirt and jeans seem to be sending conflicting ideas about love, the internet is already speculating that her outfit is a message for The Weeknd, who is now dating Selena Gomez. Take a look at her outfit to decide for yourself.