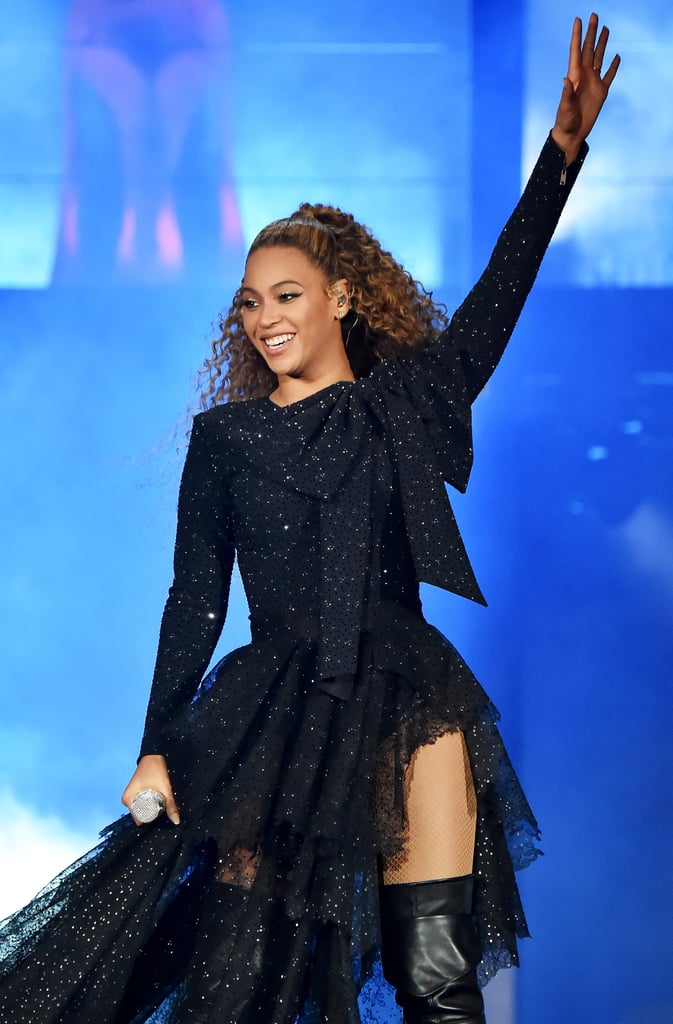 Move Over Harry and Meghan ... Beyoncé and Jay Z's Tour Outfits Got the Royal Wedding Touch Too

For the past month or so, the whole worlds has been talking about the Royal Wedding fashion at Prince Harry and Meghan Markle's nuptials in Windsor, and when Givenchy was revealed as the designer brand the bride wore, we all swooned. But from one princess to a Queen Bey, Creative Director, Claire Waight Keller has done it again, this time with Jay Z and Beyoncé's On THE Run II Tour costumes.

The House of Givenchy has now collaborated with the power couple for two parts of the tour, and this time around they've outdone themselves. The Parisian fashion has been making them look fabulous since they kicked off the dates June 6 at the Principality Stadium in Cardiff, Wales (UK) and we can't wait to see what they pull out for their Bastille Day gig a Stade de France July 14.

Inspired largely by her Spring-Summer 2018 Haute Couture collection, the design includes hand-embroidered motifs of crystal grids and Beyoncé's finale look (a bodysuit with an oversized bow detail adapted from the Fall-Winter 2018 ready-to-wear collection) is LIFE. Paired with a long, detachable skirt in bonded lace, hand-embroidered with crystals, Coachella 2000-and-what?

Jay Z was equally as dazzling in an optical white, double-breasted tuxedo worn with a matte silk-shirt by the designer. His sharp-shouldered jacket is adapted from the Givenchy Spring-Summer 2018 men's Haute Couture collection. It's enough to make you want to fly to Europe or North America to see one of their 48 shows before October 4!