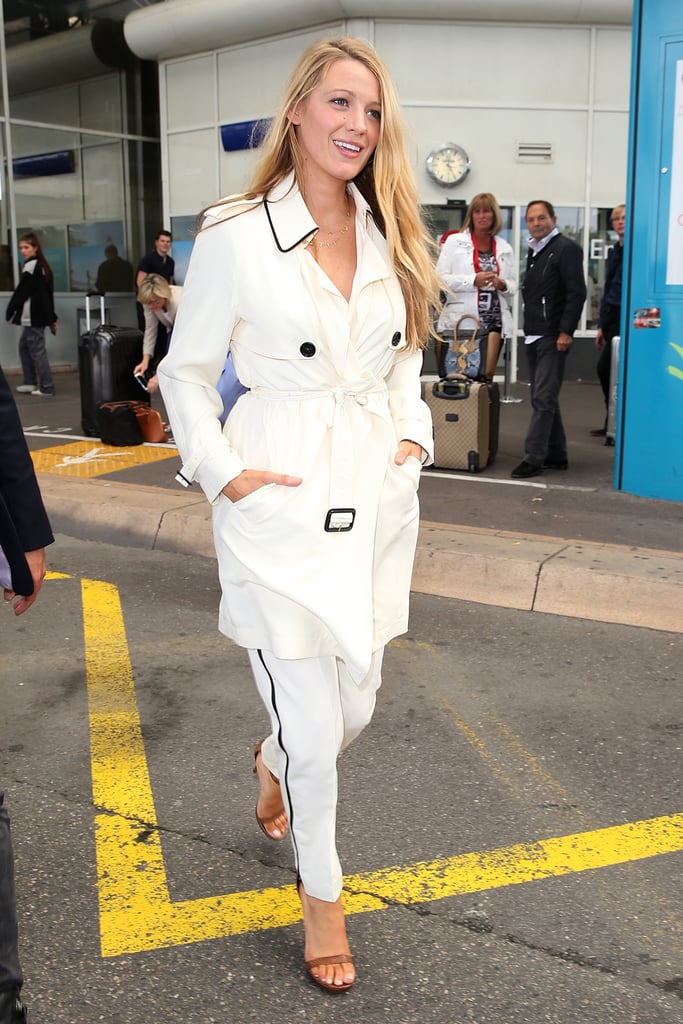 Blake Lively has already gave us a major teaser about the bold looks she plans to wear during her stint at the 2016 Cannes Film Festival, which she attended as a L'Oréal ambassador. There was plenty of color and tons of embellishment — much like, in fact, the stunning Burberry gown she wore on the red carpet at the 2016 Met Gala.

Cannes doesn't officially kick off until Wednesday, May 11th, so Blake has yet to hit a carpet rouge in France. She did, though, give a master class in elevated airport style when she arrived at the airport in nearby Nice on Monday. Blake is either a meticulous traveler, or a guru at changing after taking a trans-atlantic flight. (Blake celebrated Mother's Day at home in the States on Sunday.)

Blake sauntered to her waiting car wearing head-to-toe white, covering her baby bump with a classic belted trenchcoat, made even more special with contrast piping — and matching pants. And because she was by the Mediterranean, Blake went with an open-toed, heeled shoe.

It was a great first look to get fashion fans truly excited for what's to come at Cannes. There have been so many iconic gowns worn at the festival over the years, and we're looking forward to many more in 2016.