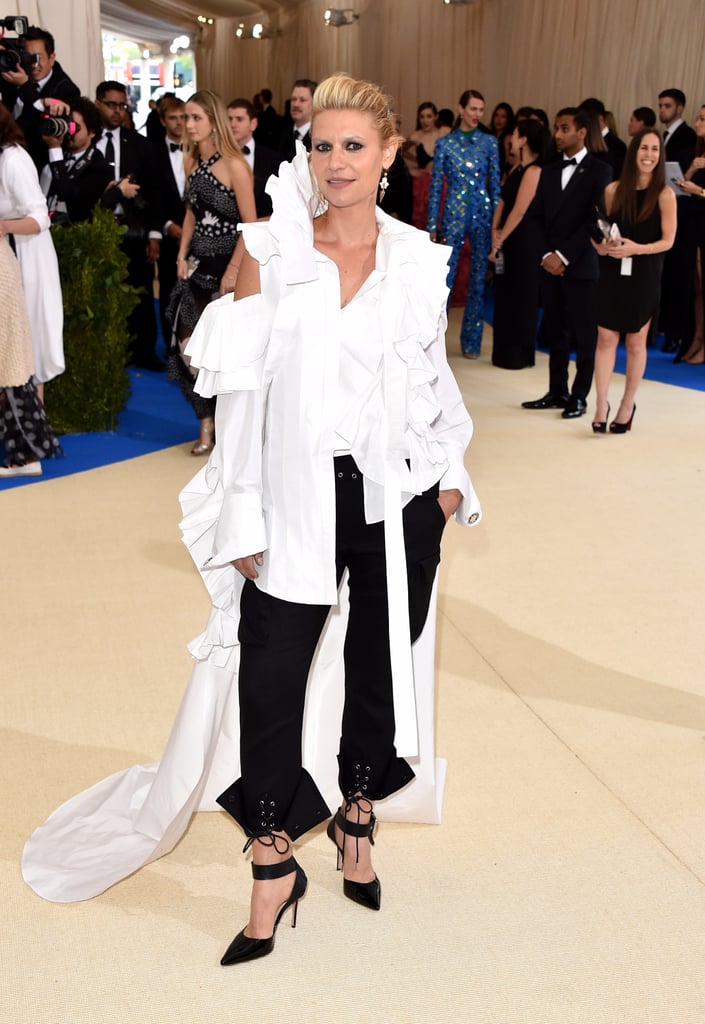 Claire Danes did a complete 180 from her Met Gala look last year. She didn't arrive in a Cinderella-esque ball gown, instead she wore a deconstructed blouse and black trousers from Monse — a look off the Fall 2017 runway. The ruffled ensemble stood in sharp contrast to Claire's previous feminine look. Last year's outfit was edgier for the star and definitely a bolder choice, which Claire seemingly rocked with confidence.

There's also one other thing. Claire's top may remind you of Jerry Seinfeld. Specifically, the ruffles bared an uncanny resemblance to a blouse Jerry wore in "The Puffy Shirt," episode, though if you ask us, Claire pulled hers off flawlessly. Scroll on to see Claire's full look and let us know if you see the similarities.