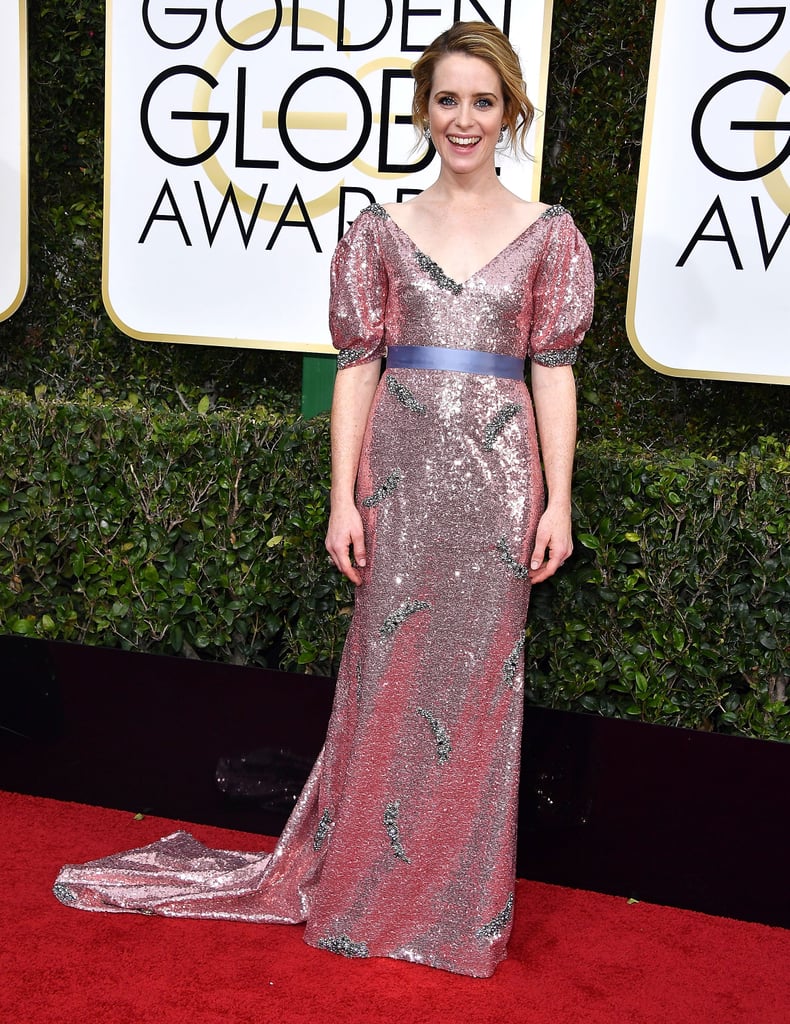 We started obsessing over the costumes in Netflix's The Crown immediately after binge-watching season one. But it was perhaps at the 2017 Golden Globes where we laid eyes on our new favorite style star. Claire Foy, who plays Queen Elizabeth II, arrived at the event in a sparkling pink Erdem gown with poufy sleeves and major '80s influence. She appeared the picture of modern day royalty, and continued on her streak with many more wow-worthy red carpet appearances in the same British label.

Claire works with stylist Nicky Yates to hone her signature look, comprised of sophisticated pants, textured fabrics, and surprising off-the-shoulder silhouettes. She'll be back with another round of killer outfits this season, as Claire's being recognized with a Golden Globe nomination for her well-established role. Ahead, you can brush up on the offscreen dresses you might have missed, and stay tuned for the star's next statement.