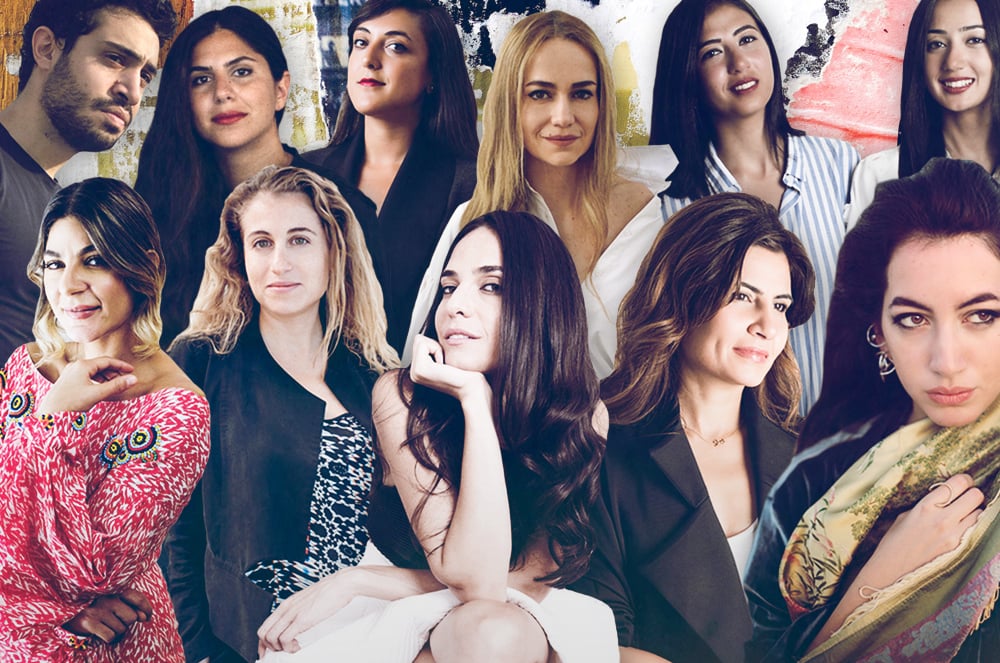 The ten finalists for the 2016 DDFC/Vogue Fashion Prize have been chosen. Following a vote from the jury—comprising senior executives from Vogue Arabia, the Dubai Design & Fashion Council, Farfetch, and regional and international fashion industry heavyweights—five ready-to-wear designers and five accessories designers have been selected from a pool of over 100 applicants from 12 countries across the Arab world.

The groundbreaking Fashion Prize launched in 2015 in partnership with Farfetch as a launchpad for emerging talents from the Arab world. "The Fashion Prize aligns with our vision to invest in ecosystem development and elevate the regional fashion scene." said Deena Aljuhani Abdulaziz, Editor-in-Chief of Vogue Arabia. "There's no shortage of emerging talent in the Arab world, and with the power and scale of the Vogue brand and partners like Farfetch, the Fashion Prize will provide our region's designers with a larger opportunity to compete on a global stage."

Ten of the Arab world's brightest designers will now compete for the 2016 Fashion Prize. Together, a ready-to-wear and an accessory design winner will receive a collective award valued at US $250,000. The prize includes a production grant; obtain retail opportunities to sell their collections exclusively on Farfetch.com as well as its international partner boutiques including Browns (London), Curve (USA), and Al Ostoura (Kuwait); mentorship; press coverage; and an advertising campaign to support the retail launch.

Nez Gebreel, CEO of the Dubai Design & Fashion Council, commented, "Being backed by a prestigious brand such as Vogue gives our nominees a tremendous opportunity to showcase their talent and creativity on the global fashion scene. I am confident that the designers from this year's second edition of the Fashion Prize will contribute to strengthening the region's authority internationally." Meanwhile, Farfetch's Chief Marketing Officer, Stephanie Horton, concluded, "Following the success of last year's winning capsule collection by Hussein Bazaza, we are excited to work with this year's shortlist of the very best Middle Eastern design talent. Our customers love discovering and shopping truly unique items and we are looking forward to introducing them to these latest one-of-a-kind collections."

Below, we reveal the 2016 DDFC/Vogue Fashion Prize ready-to-wear and accessory design finalists. Head to www.fashionprize.com for full coverage and to follow each designer's journey throughout the competition, or on social media using the hashtag #FashionPrize.

Reemami: Reema Al Banna is the Palestinian designer behind her ready-to-wear brand that she launched in 2009. The ESMOD Dubai graduate who was born and raised in the UAE focuses on cuts, volumes, and graphic patterns.

Hooked | HKD: Lebanese fine jewelry designer Farah Nasri launched her label in 2013. Her background in architecture fosters a design aesthetic that stands out for its sculptural shapes, which challenge conventional ways of wearing jewelry.

Nathalie Trad: Dubai-based, Lebanese designer Nathalie Trad garnered a reputation for her sculptured clutches. The ESMOD Paris and Parsons The New School for Design New York graduate worked under the mentorship of Proenza Schouler before launching her namesake label in 2013.

Ralph Masri: Lebanese fine jewelry designer Ralph Masri is the brainchild behind his eponymous brand. Launched in 2013, the Central Saint Martins graduate and Swarovski Award winner completed an internship with Pomellato and opened his first Beirut-based showroom in 2014, which currently displays his jewelry designs that fuse fine jewelry craftsmanship with fashion jewelry aesthetics.

Rula Galayini: Lebanese accessories designer Roula Ghalayini is behind the eponymous accessories brand that was founded in 2007 under the name Poupée Couture. Today, the relaunched handbag line stands out for its cuff clutches and soft leather totes and structured bags featuring abstract designs.