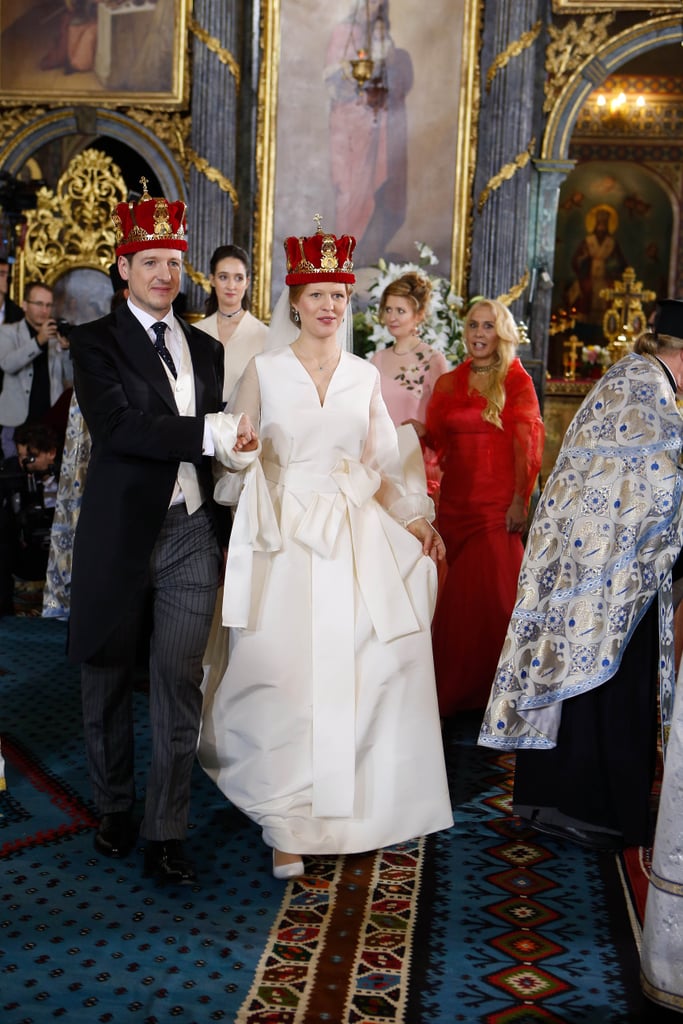 This Royal Bride Got Married, but It's Not Her Wedding Dress That'll Make You Gasp

Prince Philip of Serbia and Danica Marinkovic's wedding might have gone under your radar, but so many of the royals were there. The two married in Saborna Church in Belgrade (Crown Princess Victoria of Sweden was maid of honor!) and then held parties in two different locations at the prince's compound. Danica wore a Roksanda Ilincic gown with sheer, billowy sleeves and topped off her look with a plush red crown on her head.

Her wedding dress was quite different in both style and structure than some other royal gowns you might have seen. Kate Middleton, for example, chose an Alexander McQueen lace option with a more fitted bodice. Danica's look, however, was stark white and featured a casual knotted bow on the front. The bride seemed to love her gown, as she opted to stay in it for the entire night.

The happy couple was surrounded by family and friends, which included a close-knit group of royals. Crown Princess Victoria of Sweden, Queen Sofía of Spain, Her Royal Highness Princess Maria da Glória, the Duke and Duchess of Segorbe, and Prince Guillaume and Princess Sibilla of Luxembourg were all there. Given the guest list, this royal wedding might have been even more extravagant than the photos let on below.