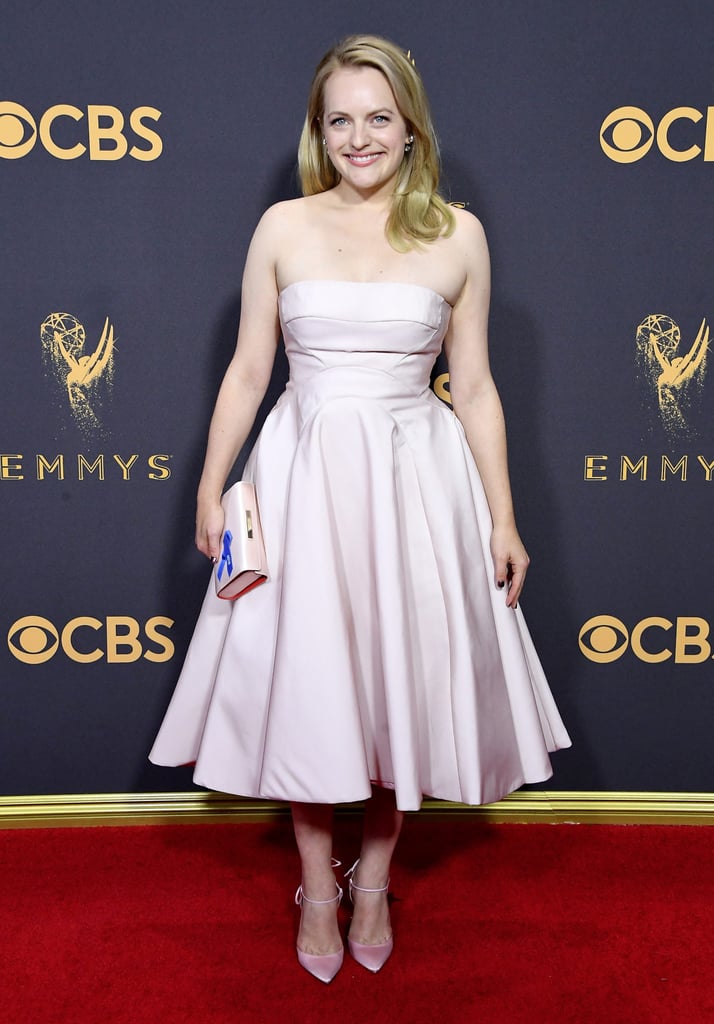 Elisabeth Moss arrived at the 2017 Emmys red carpet wearing a custom Prabal Gurung dress. While her strapless pink dress and Olgana Paris heels were stunning, we couldn't keep our eyes off of what was prominently featured on her clutch.

The actress, who is nominated for her role on The Handmaid's Tale, made a strong statement by pinning an ACLU ribbon on her handbag. The actress is just one of many celebrities who showed their support for the important cause during the Emmy Awards. Have a look at Elisabeth's full ensemble ahead.