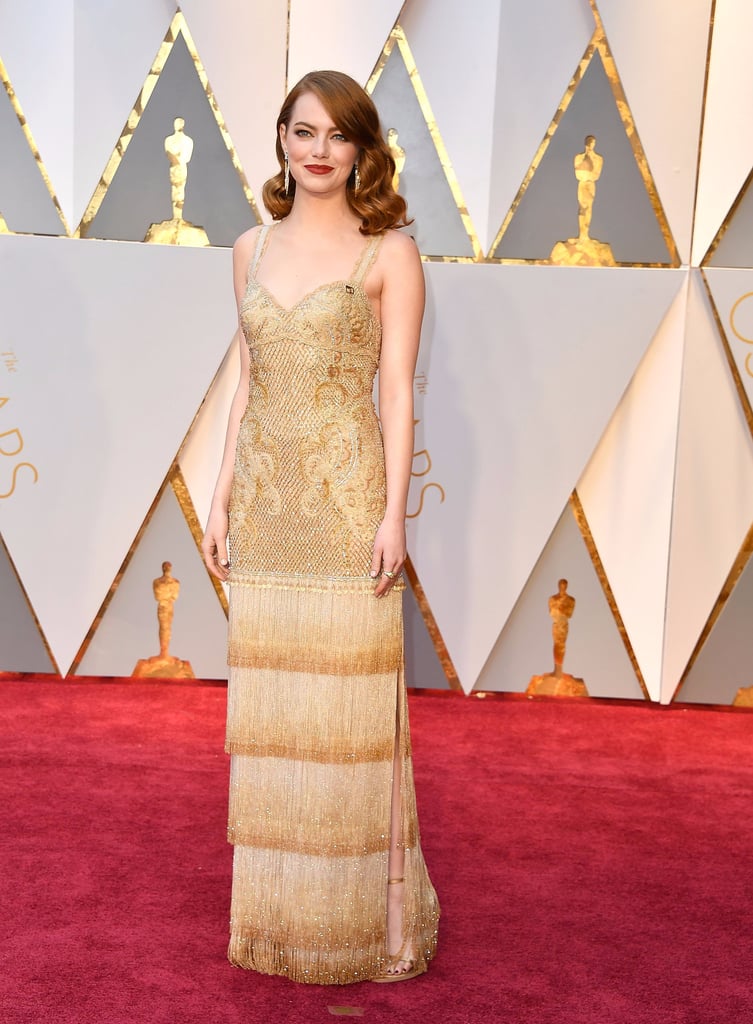 Emma Stone's Oscars dress was created by Riccardo Tisci for Givenchy. And since the designer recently announced his departure from the French fashion house, that's pretty notable. In fact, that means Emma's gown might be the last you ever see from Riccardo's tenure — and she received the award for best actress in it.

Emma's not the only one who turned out a winner in the luxury label, it's just been awhile. Her stylist, Petra Flannery, shared a snap of Emma celebrating with some bubbly, writing, "Congratulations to #EmmaStone!!!! I love this beautiful girl!!! The first woman to win an Oscar wearing @givenchyofficial since Audrey Hepburn!"

It's a fact: Audrey took home the same prize in 1954 for Roman Holiday wearing a white lace number designed by Hubert de Givenchy himself. The late actress was good friends with Hubert, and wore many of his looks. The funny thing is, Audrey's own teacup fit-and-flare reminds us of some of Emma's most timeless ensembles. Scroll to appreciate both ladies holding up their statues with pride in Givenchy.