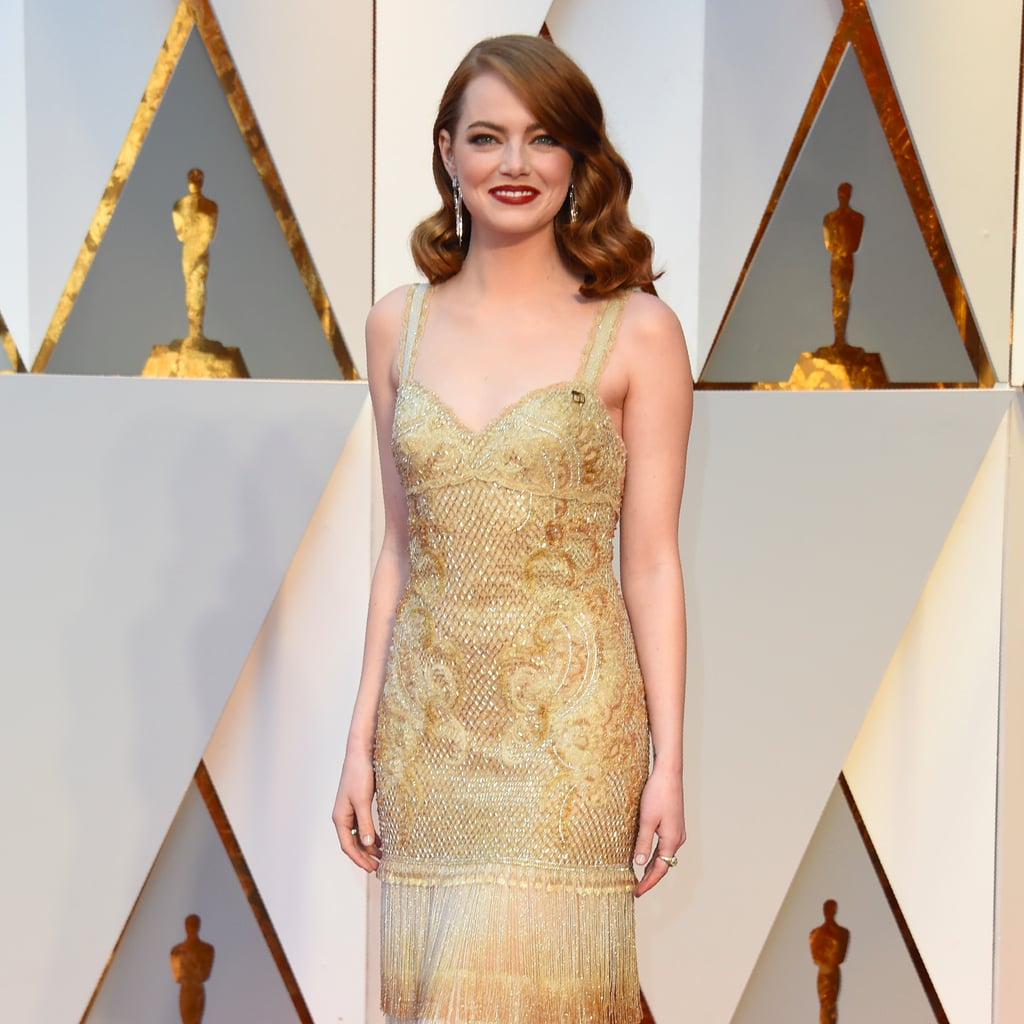 Nominated for her performance in La La Land, Emma Stone had a lot riding on her Oscars look. We imagined what kind of a gown might suit the nominee and style star — and the expectations we all had for a showstopping dress. True to form, Emma came through with a stunning custom Givenchy look by Riccardo Tisci. The gilded gown has "movie star" written all over it, thanks to fringed tiers that look even better when she moves (likely to make that walk across the stage even more dramatic if she accepts an award tonight).

Still, there's one detail that you might have missed — it might not grab you the same way the glamour does, but pinned to the strap of Emma's dress is a powerful message that she stands with Planned Parenthood. The actress joins a host of other stars who've used their presence at award season to take a stand against the Trump administration's controversial policies, including the immigration ban and the efforts to defund Planned Parenthood.

If the look wasn't already a favorite, this Planned Parenthood pin just solidified her place in our best dressed.