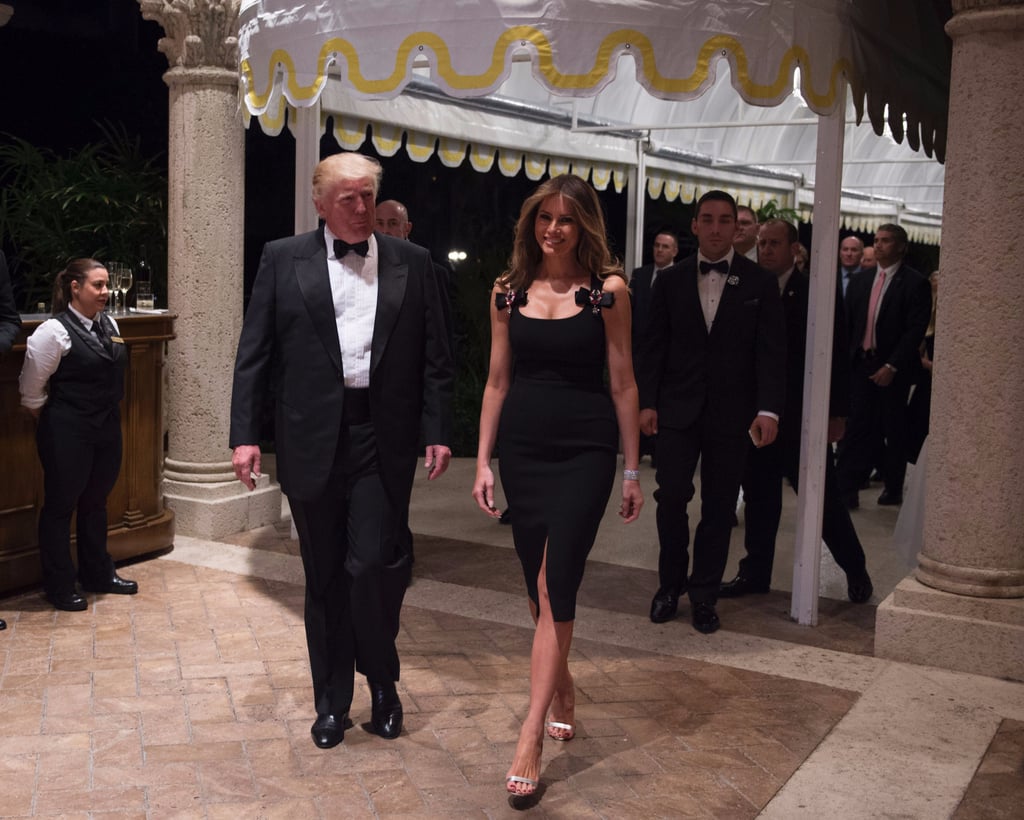 Michelle Obama paid close attention to fashion throughout her time in the White House, and that was something we didn't ignore. In 2016, we spent plenty of time writing about and analyzing her outfits, applauding her support for new designers and her ability to stay true to her signature style. This past year, fashion and politics collided a number of times, and not only when Michelle was in the room.

Melania Trump, who will take the reins as FLOTUS this month, has already sparked controversy and made statements through her clothing on the campaign trail. And now labels are taking a firm stance against dressing her or, controversially, applauding her for choosing their clothing. It's even reported that Ralph Lauren will dress Melania, as well as the rest of the Trump family, for inaugural events.

Before the election, celebrities endorsed presidential candidates with small accessories or tees, but they announced their pride in a big way on Instagram. You can bet the internet had a response. Meanwhile, British Prime Minister Theresa May was criticized for her looks, and designers at Fashion Week tapped into politics, too. Read up on the 13 most important moments that happened around the world.

Related:
12 Fashion Terms to Know If You Want to Master Style in 2016
Previous Next Start Slideshow
Join the conversation
Celebrity FashionPresidential InaugurationPoliticsBest Of 2016Fashion NewsBest Of
Latest Fashion