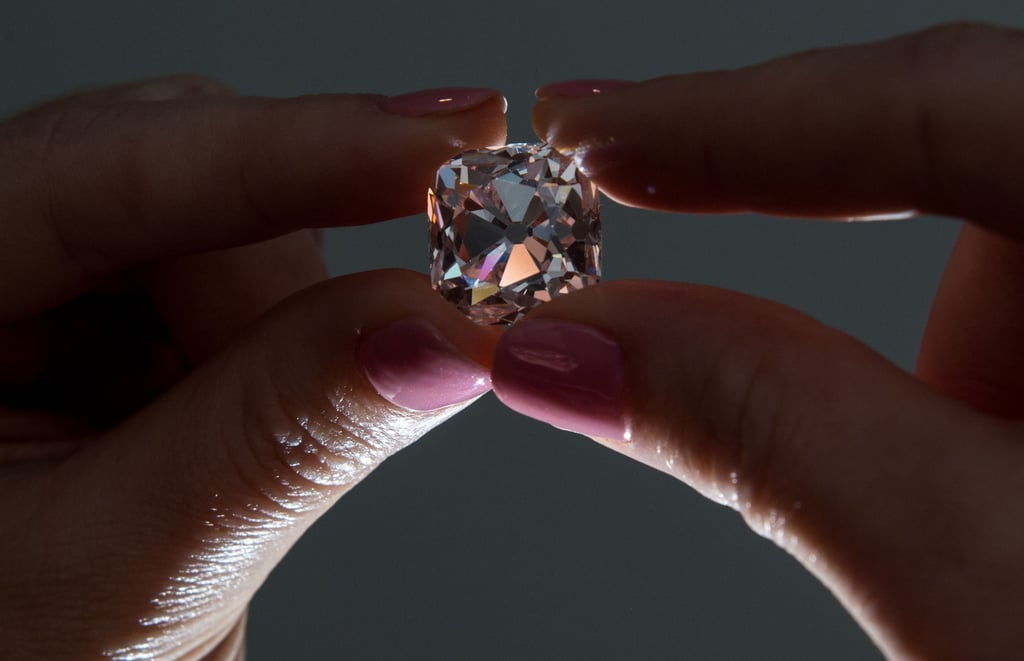 A stunning pink diamond once belonging to French royalty for centuries will be auctioned by Christie's in Geneva. The brilliant-cut diamond with a slight pink sheen is approximately 19.07 carats.

Named "Le Grand Mazarin," the jewel was first owned by Cardinal Mazarin, who served as France's chief minister in the mid-1600s. From that point on, the diamond embarked on quite the journey. It was gifted to the lavish King Louis XIV in 1661, before being stolen during the French Revolution and later making its way to Napoleon Bonaparte.

When it is auctioned on Nov. 14, it's estimated that the diamond will sell between $6 million to $9 million. The last time the diamond was auctioned was in 1887, and the last time it was even seen in public was in 1962! Ahead, see pictures of the rare and captivating jewel.