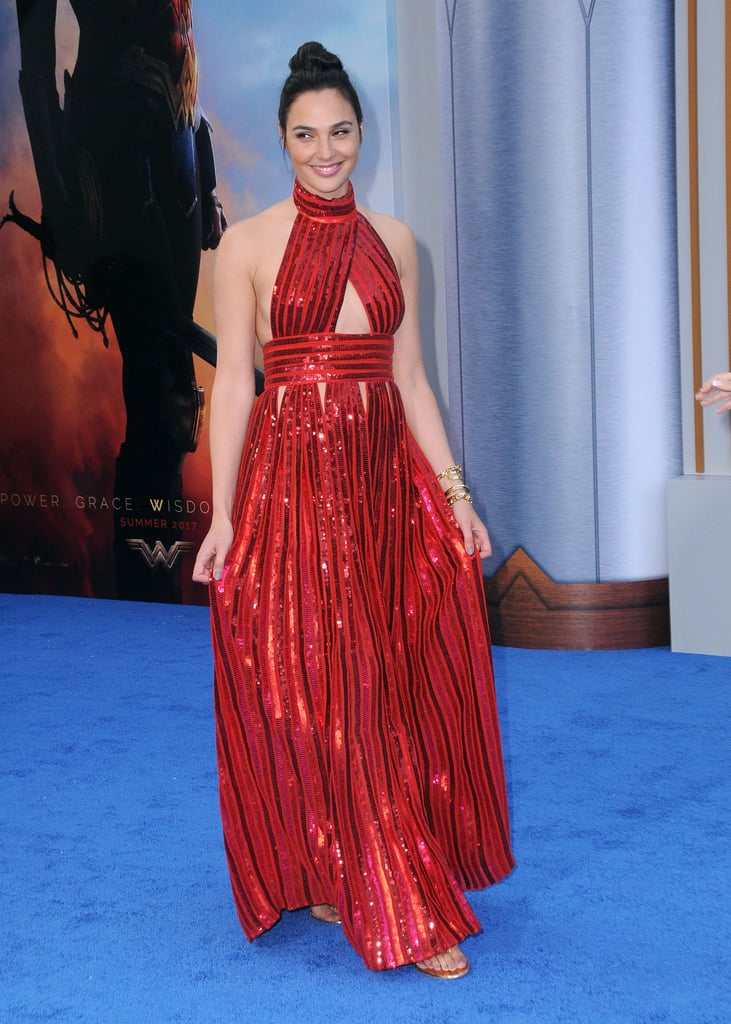 For some, the mere thought of wearing flats with a dress could evoke some major insecurities, but Gal Gadot is basically saying f*ck that and wearing flats to even the fanciest red carpet events. On Thursday, May 25, Gal stepped out for the Wonder Woman premiere in Hollywood wearing a stunning red sequined Givenchy gown and a pair of $50 gold-studded sandals from Aldo.

Not only is she a superhero on the big screen, but she's becoming a superhero in the fashion world. In fact, Gal has been wearing flats for the majority of her press tour for the movie, and her reason for doing so is perfect.

When the mom-of-two was asked about her shoe choice, she spoke for every single heel-wearing human: "It's more comfortable! Yeah," she explained.

.@GalGadot has a very simple reason for wearing flats instead of heels to the #WonderWoman premiere. pic.twitter.com/P6ytSnjOIu

Keep reading to see more photos of Gal rocking flats throughout her press tour for Wonder Woman and let her inspire you to ditch heels the next time you go out.