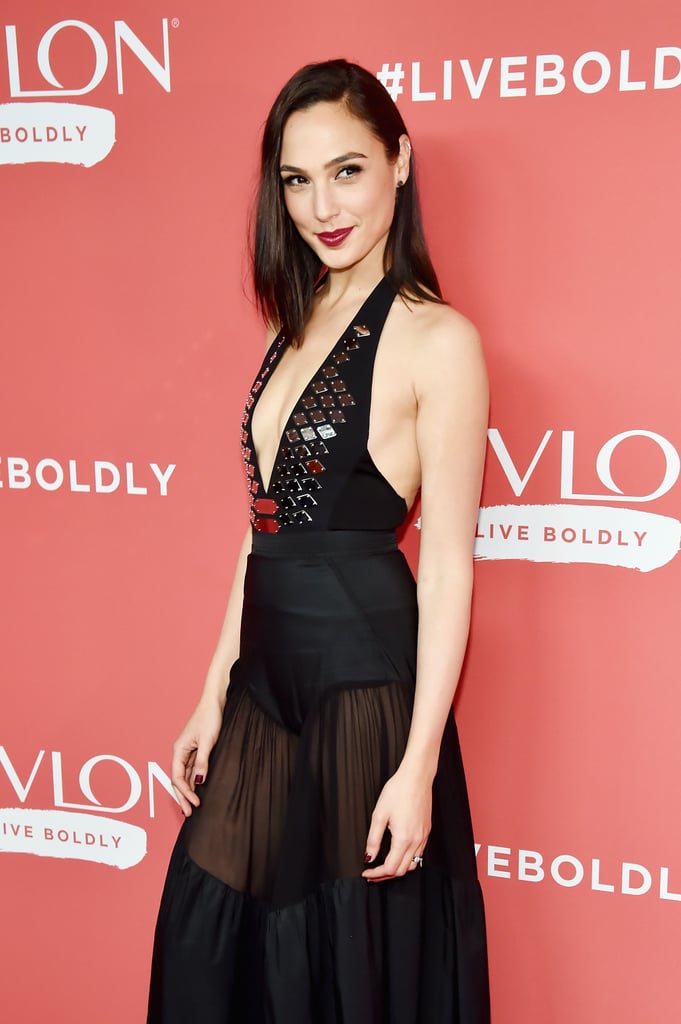 Forget Gal Gadot's Plunging Neckline, You Have to Look Down to See How Sheer Her Dress Is

Gal Gadot has been having a great year. The Wonder Woman star not only won the #SeeHer award at the Critics' Choice Awards, but she also inked a major deal with Revlon as a global beauty ambassador. Gal walked the red carpet for Revlon's new Live Boldly campaign wearing a black Mugler outfit that featured diamond-shaped embellishments.

While Gal's plunging neckline might have caught your attention initially, it's her see-through skirt that will keep it. She finished off her daring look with Gianvito Rossi heels and Borgioni earrings. Read on to see what we're talking about and buy similar versions of her sheer gown.