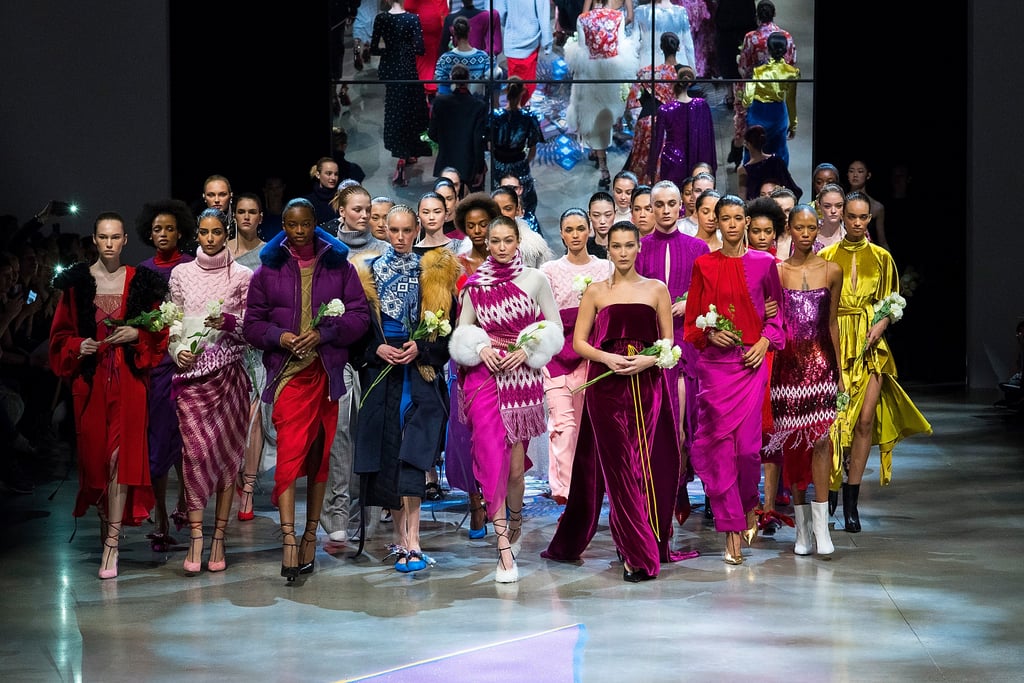 Just last season, Bella Hadid had sister Gigi's back at Anna Sui, where Gigi lost a shoe during the finale walk. That's definitely one of the duo's most memorable industry moments, save for their naked British Vogue cover, perhaps. But when it comes to Fashion Month, a hectic time for both ladies who travel the world from New York to Paris, they happen to make some public appearances together on the runway.

Both women are friends with Prabal Gurung, a hero designer and pioneer of diversity, who invited Gigi and Bella to open and close his Fall 2018 show. At the end, models emerged with elegant white flowers, and Gigi and Bella led the pack, posing gracefully for photos. When the crew headed backstage, Bella swung her arm around her sister's shoulder, embracing Gigi for a hug. So many people caught the gesture on camera, and it's surely only the start of more sisterly love. Read on for the pics.