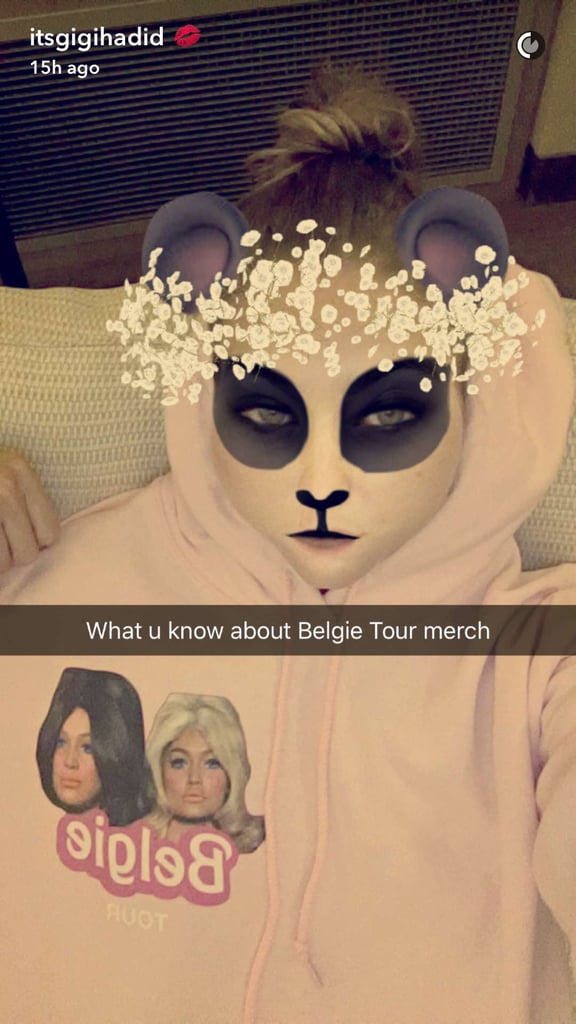 Gigi and Bella Hadid have scored plenty of pieces embroidered with their initials or family name, but they've never worn their own faces — until now. Gigi Snapchatted herself lounging in a baby pink sweatshirt which, at first glance, looks pretty average. But zoom in closer, and you'll find Gigi and Bella's made-up faces above the phrase "Belgie Tour." (Sorry, Barbie).

The figures of Gigi and her sister are actually runway images from Jeremy Scott's Spring '16 show, where models stomped the catwalk in retro looks. Obviously, Gigi and Bella have officially earned their status as It girls, and we bet fans will scoop up their "tour merchandise" just in time for Fashion Week. Read on to see two shoppable designs from Urban Sophistication, then wear your love for the Hadids on your sleeve.