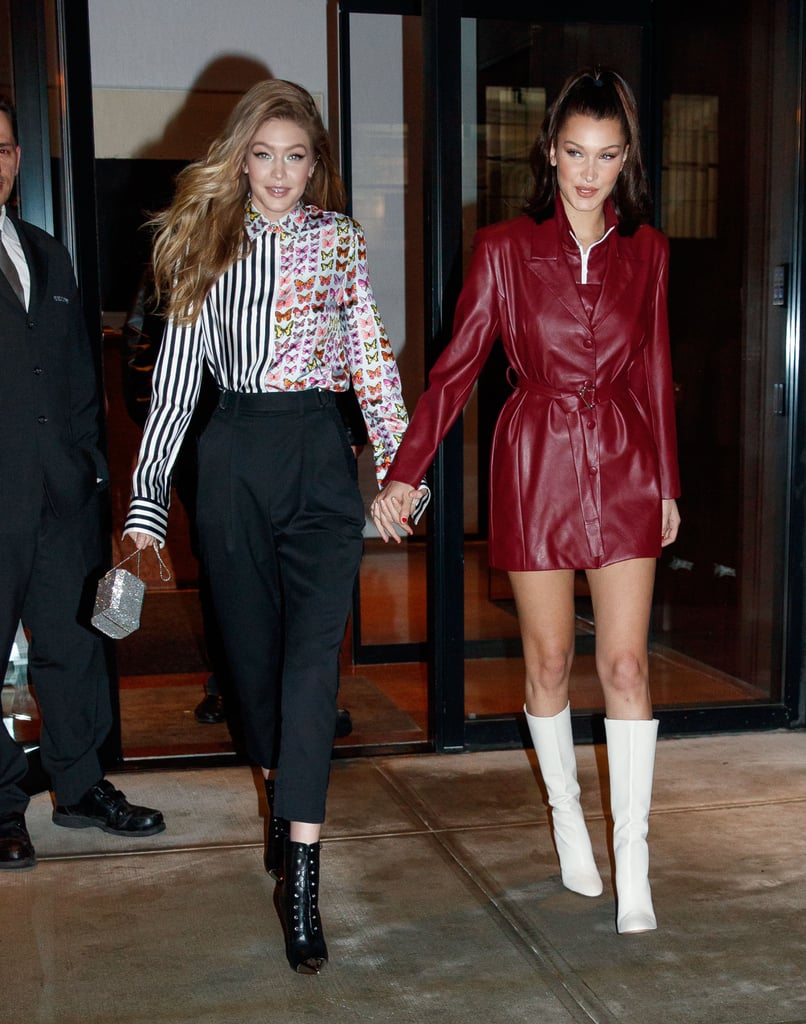 The Hadid family is a tight-knit clan, so when Yolanda celebrated the launch of her new lifetime show and her birthday in New York City, Bella and Gigi were right beside her. The sisters held hands as they exited their apartment, and both were dressed up for a fun night out. Gigi wore an eye-catching button-down with stripe and butterfly prints while Bella chose to make a statement in a red leather minidress and white ankle boots.

It's been awhile since we've seen Gigi in a print — she's been sticking to her monochrome outfits — but, something tells us, this unexpected shirt is part of her new look. She has been experimenting with fresh designers and possibly is still in the process of revamping her street style outfits with stylist Mimi Cuttrell. If you're a fan of this Gigi ensemble, read on to see it from head to toe. Then, shop similar butterfly motif tops.