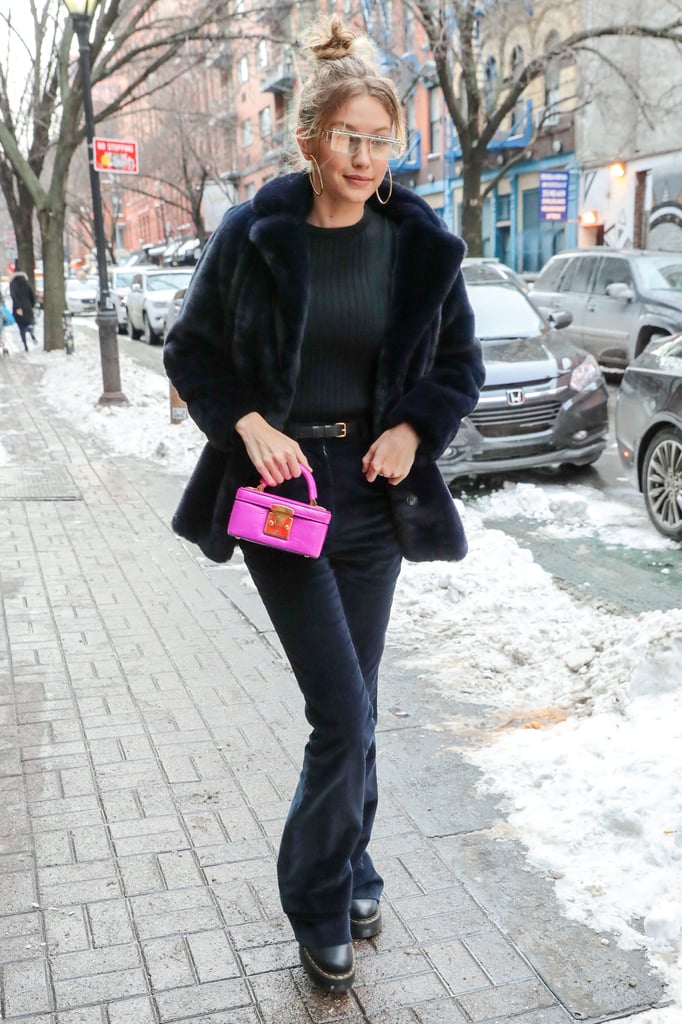 Gigi Hadid Might Have Borrowed These Boots From Her Sister Bella, and It's Easy to See Why

Sisters often end up sharing wardrobes, and it seems like that's the case for supermodels Gigi and Bella Hadid. Gigi was seen in New York wearing a navy fuzzy coat with a black ribbed tee and flared corduroy pants, both by Nina Ricci. She finished her look off with clear sunglasses, hoop earrings, and a pair of boots that Bella has worn countless times: Dr. Martens x Lazy Oaf combat boots.

This isn't the first time Gigi has sported these affordable boots; she previously wore them during London Fashion Week. For a pop of color, Gigi carried a Barbie pink mini bag by Stalvey. Read on to have a closer look at her practical boots, and shop the exact version, as well as similar styles, ahead.