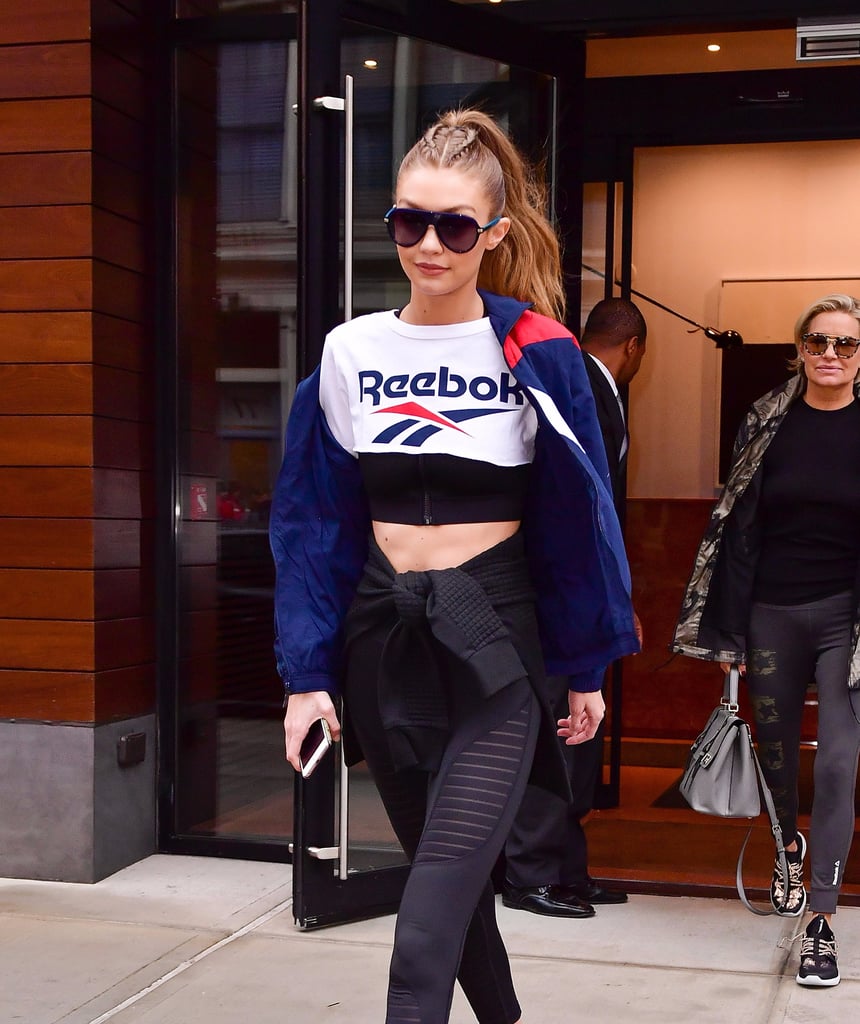 Admittedly, there are days I come to work lacking the inspiration I need to write about fashion: yet another It girl has scored another fashion campaign or another magazine cover. But Gigi Hadid, who just won model of the year at the British Fashion Awards, just reassured me that my job is important, that there is a message behind every ad I cover and a sure-as-hell connection between every woman posing for the camera and the designer who put her up to the task.

"The successful ones in this industry right now are actually cool," Gigi said as she sat cross-legged on the floor surrounded by a bunch of editors who came to talk to her about her #PerfectNever campaign with Reebok. As always, Gigi pushed the importance of being kind to the people she works with in the fashion industry, which has so graciously accepted her and celebrated her strong mentality instead of focusing solely on her body.

But what, I wondered, does Gigi think still needs to change? The idea behind her partnership with Reebok is simply that we should create our own standards for ourselves but never strive for perfection. The same goes for the fashion industry — it will never be 100 percent inclusive, lack total superficiality, and exhibit complete understanding of all cultures and races. The fashion industry will never be perfect, but what does Gigi think is its next step toward greatness?

Ahead, read bits from my conversation with Gigi, all of which inspired me to run home, get to work, and relay the message: the fashion world has come a long way, but we have work to do. Here's where she thinks we should start (and where I, myself, promise to).