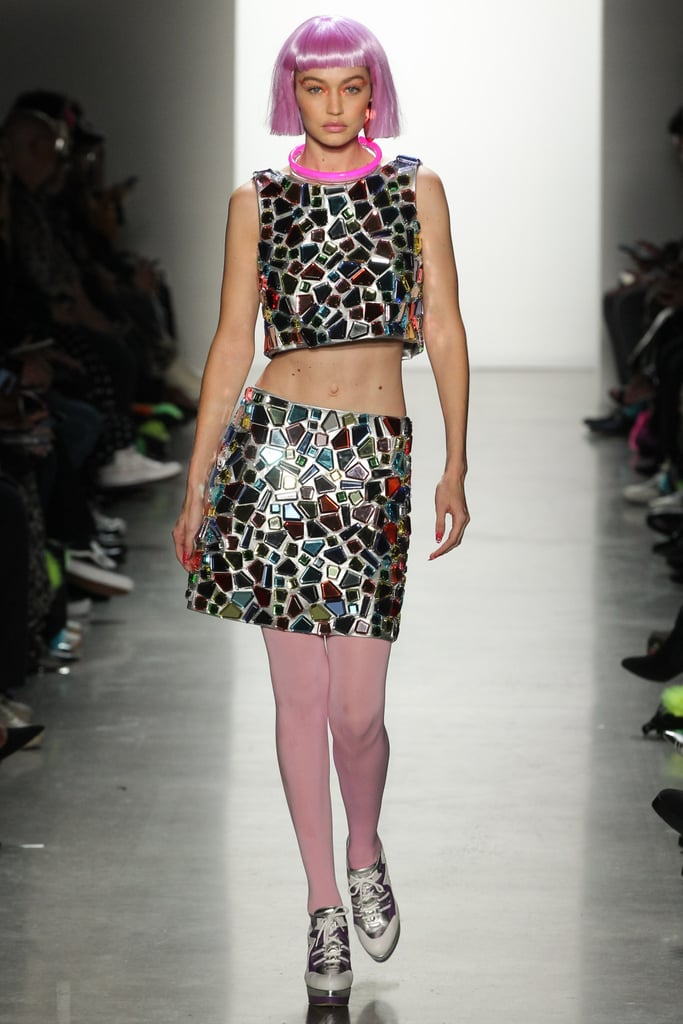 If You Can Even Recognize Her, Gigi Hadid Popped Up on the Jeremy Scott Runway

Gigi Hadid is always an RSVP "yes" at New York Fashion Week, so it's just a matter of waiting for her appearances. And with that, her many outfit changes. Gigi has a variety of casual looks for day and night, which you'll see ahead. In between her street style ensembles, the model channels a completely different persona with each runway show she's in. Take Jeremy Scott, for example, where she wore a pink bob with eye-popping looks. We're sure Gigi's about to switch it up again as NYFW heads into day two. Check out what she's worn so far, then take a peek at all the stars sitting front row.