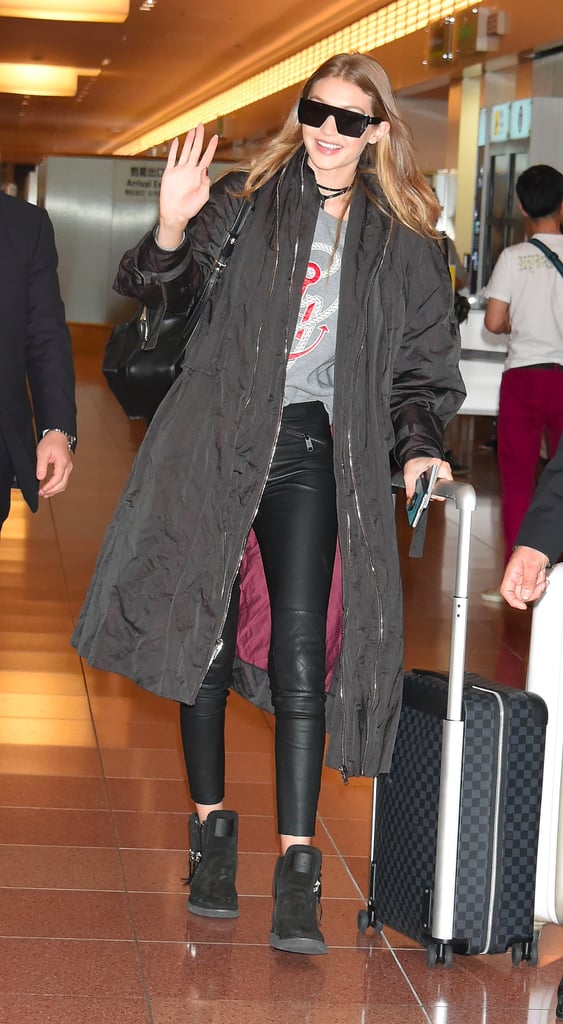 He's walked the Met Gala red carpet, sat front row at fashion shows, and even 'grammed a sweet "good luck" message before his model-slash-designer girlfriend's Tommy Hilfiger show. But now, it's Zayn's turn to get support — and stylish shoutout — from Gigi Hadid. On Tuesday, the It model arrived in Tokyo wearing an oversize coat, a Tommy x Gigi sweater, leather pants, and, most importantly, a shoes designed by her main man.

Gigi's black double-zipper booties were actually from the Giuseppe for Zayn collection, which doesn't even launch until Jan. 2017. But considering Gigi's dating the designer, and the fact that the boots are called Zigi, a combination of the couple's first names, she got first dibs. Scroll through to see Gigi's look in full, and zoom in on her cute boots. Then check out a few times Gigi and Zayn were stylishly in sync.