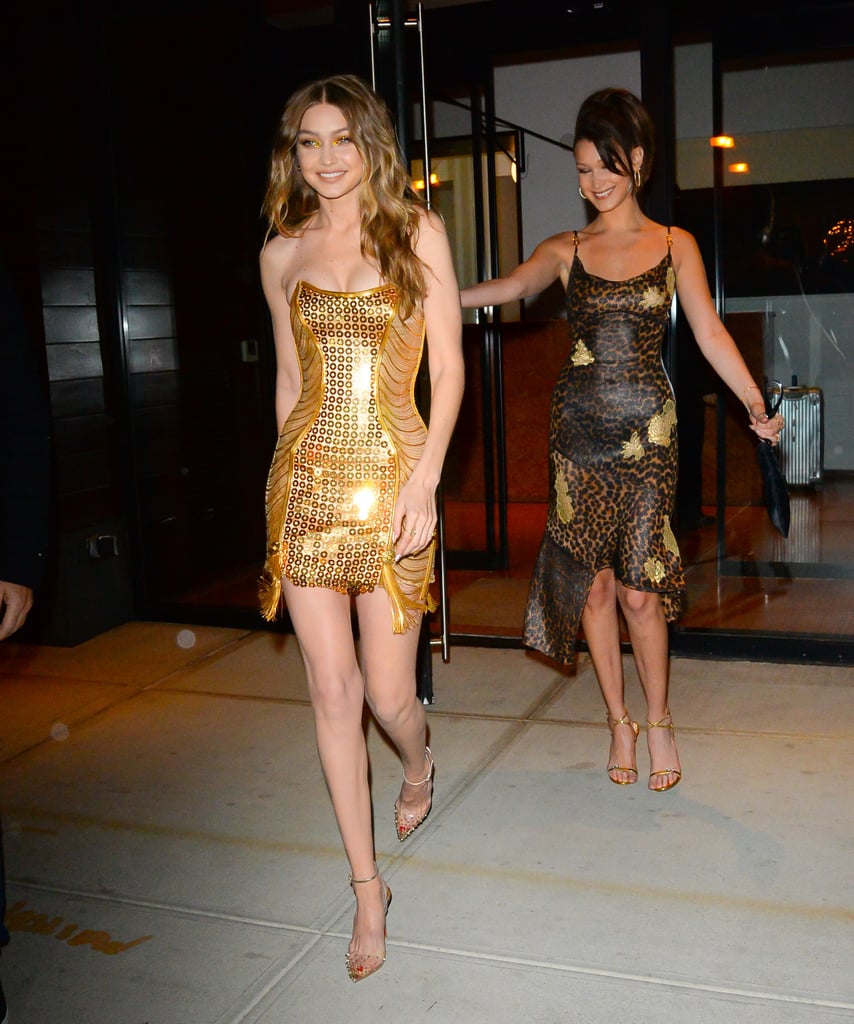 Gigi Hadid did it up BIG for her 23rd birthday party, inviting guests like Hailey Baldwin, Cara Delevingne, Martha Hunt, Lily Aldridge, and Prabal Gurung to One Hotel in Brooklyn to celebrate and pose for pics in a photo booth. Of course, she was joined by her sister Bella, who wore an asymmetrical leopard midi, and her mom, Yolanda, who matched her in a more modest version of Gigi's birthday dress.

Gigi's mini was by Atelier Versace, a gold-threaded, body-hugging design that glimmered brighter than the sun (but maybe not brighter than her metallic eye shadow) and featured two of the iconic brand's signature medusas on the sides. Gigi completed her look with 18 karat Lorraine Schwartz gold diamond earrings and three rings, and she stood tall in transparent Christian Louboutin heels ($995) that really rounded out the look.

These stunners came in PVC and were dotted with sharp studs, making them the true unsung heroes here. Read on to zoom in on Gigi's shoes, and catch a glimpse of a few guests making their way into the bash, along with a flower arrangement made just for the supermodel. Then, shop Gigi's exact stilettos, along with plenty of similar options.