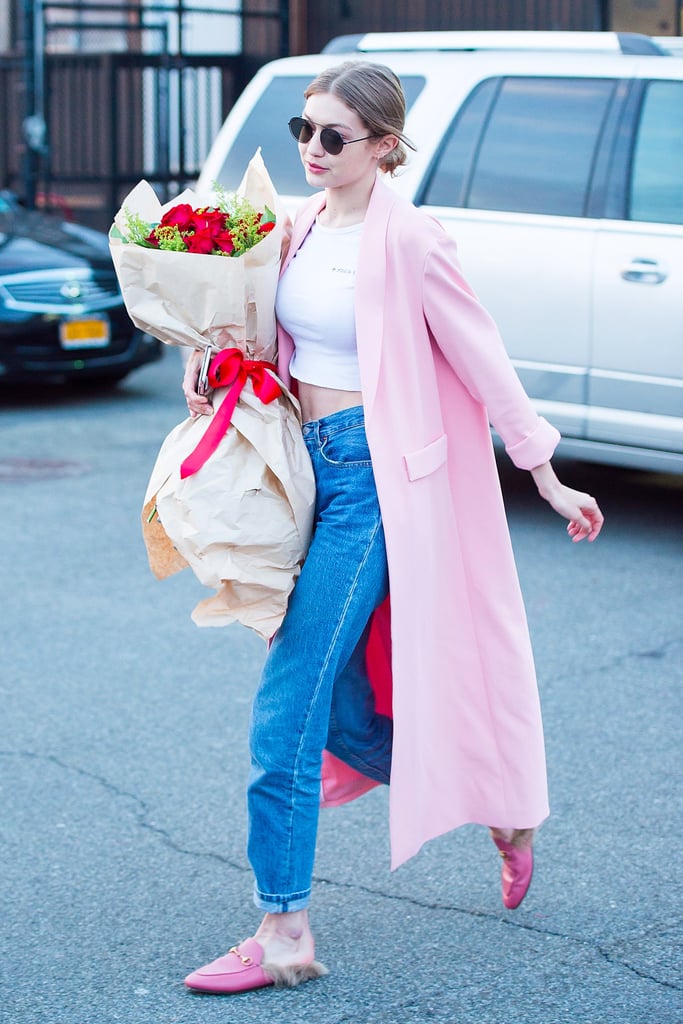 I don't know about you, but Gigi Hadid is feeling 22. The model and queen of casual style celebrated her birthday with by her sister Bella, Hailey Baldwin, and boyfriend/crooner Zayn Malik. While Zayn and Gigi were #couplegoals as usual, we couldn't stop staring at Gigi's laid-back b-day outfit. Gigi skipped the party dress and instead went with a chill outfit for her big day, consisting of a light pink duster, white crop top, jeans, and pink Gucci loafers. She later changed into green velvet high-waisted pants and threw on a pink wing and rose-colored sunglasses to get the party started. Check out her birthday look and shop similar versions of the duster below.

Related:
13 Staples You Need If You Want to Dress Like Gigi Hadid All Summer
Previous Next Start Slideshow
Join the conversation
Celebrity FashionZayn MalikFashion InstagramsJacketsGet The LookModelsGigi HadidShopping
Latest Fashion