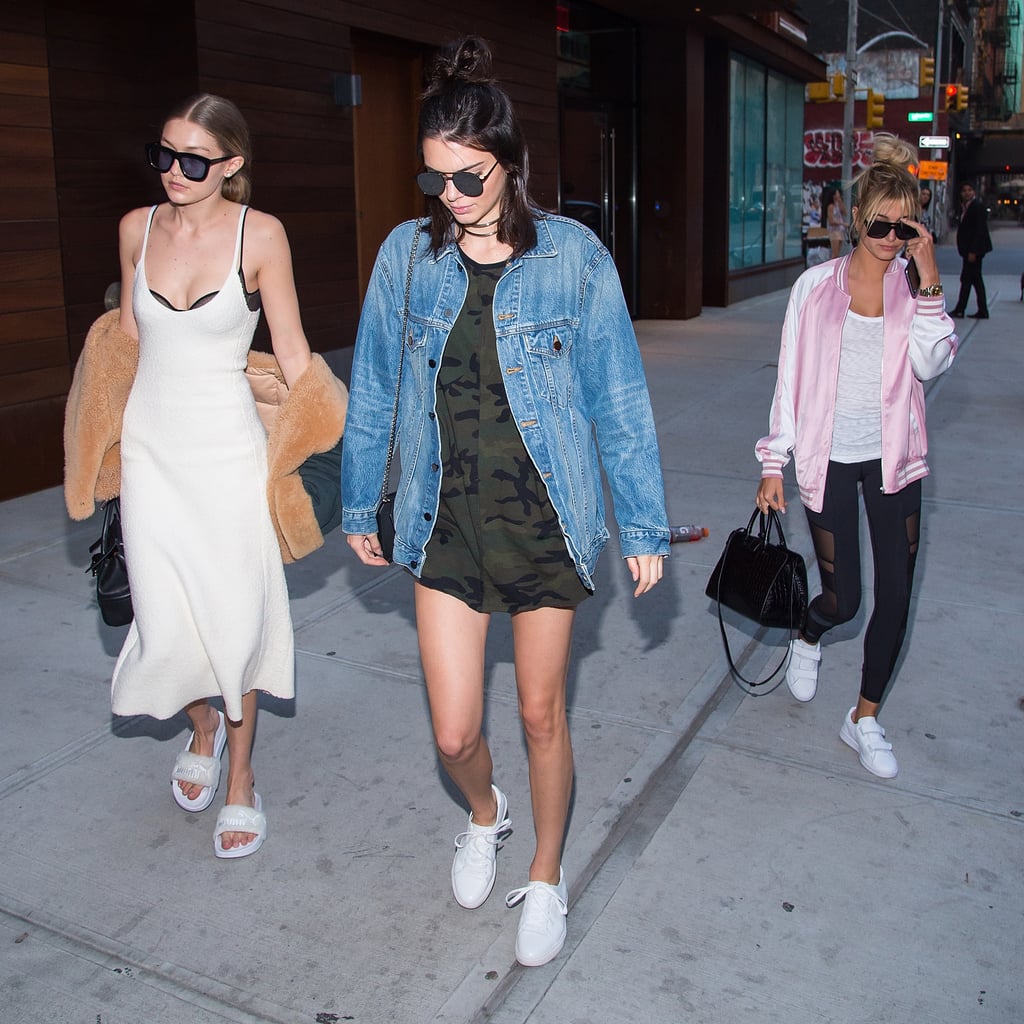 While running errands by herself during the day, Gigi Hadid kept things chic. She worked a cream Victoria Beckham slip dress and a Fall-appropriate Chloé jacket, letting it fall off her shoulders to reveal a sexy slip of her lingerie. Gigi's accessories were elevated, including dark Karen Walker sunglasses, a Versace bag, and Stuart Weitzman booties.

But fast forward a few hours, and Gigi was wearing very different shoes. The reason? Her best friends Kendall Jenner and Hailey Baldwin paid her a visit, and they were wearing outfits decidedly more casual. Gigi had an easy fix: when the trio went out for dinner, she slipped into her Rihanna Fenty x Puma furry sandals, playing up the shearling fabric on her coat.

While the supermodel might not have apppeared as sophisticated as before, it's actually tough to pick a favorite look. In fact, we just may give this whole dinner slippers thing a try. Read on to see how Gigi's shoe swap worked just as well, then shop similar designs or the exact style on eBay until they're restocked.