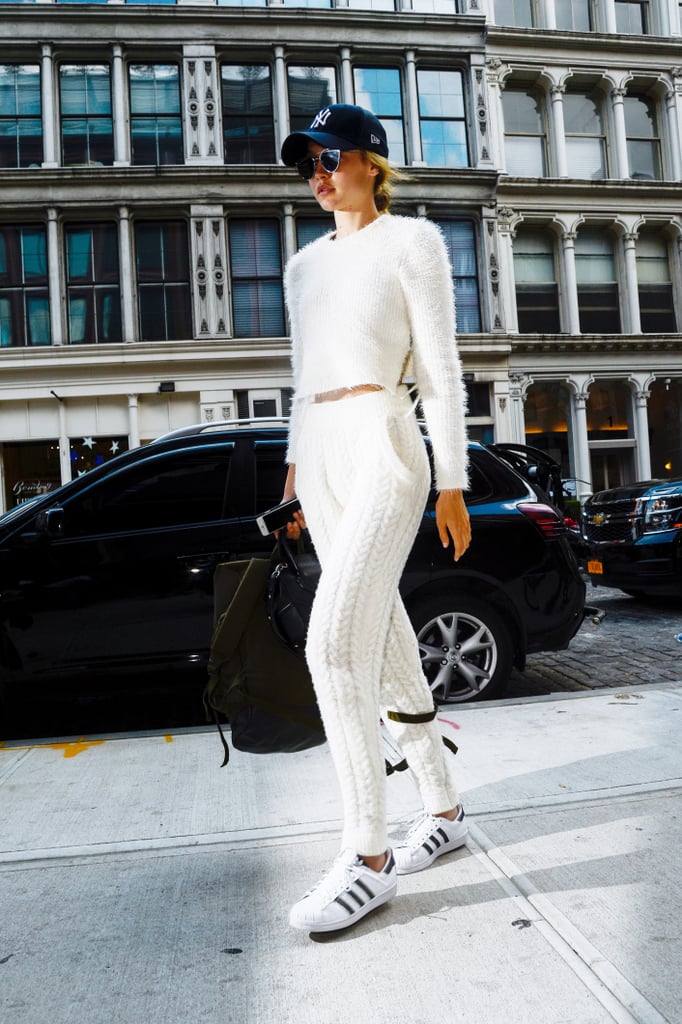 Gigi Hadid's Favorite NYC Accessory Is Yours Too

Gigi Hadid's busy schedule means she's constantly traveling for photo shoots. But in between stylings, the supermodel shows off her signature look — and we're starting to think it varies from city to city. While Gigi might call herself an LA girl at heart, she shows her New York City pride when in the Big Apple. All it takes is a classic Yankees hat.

Gigi recently played up the sporty vibes in cozy separates, Adidas sneakers, and her baseball cap, and just a few days before she rocked the same winning combination. But it's not the first time Ms. Hadid has paid homage to her favorite team. Read on to see the stylish outfits Gigi has worn with this go-to accessory, then shop for your own Yankees gear if you're not already equipped.