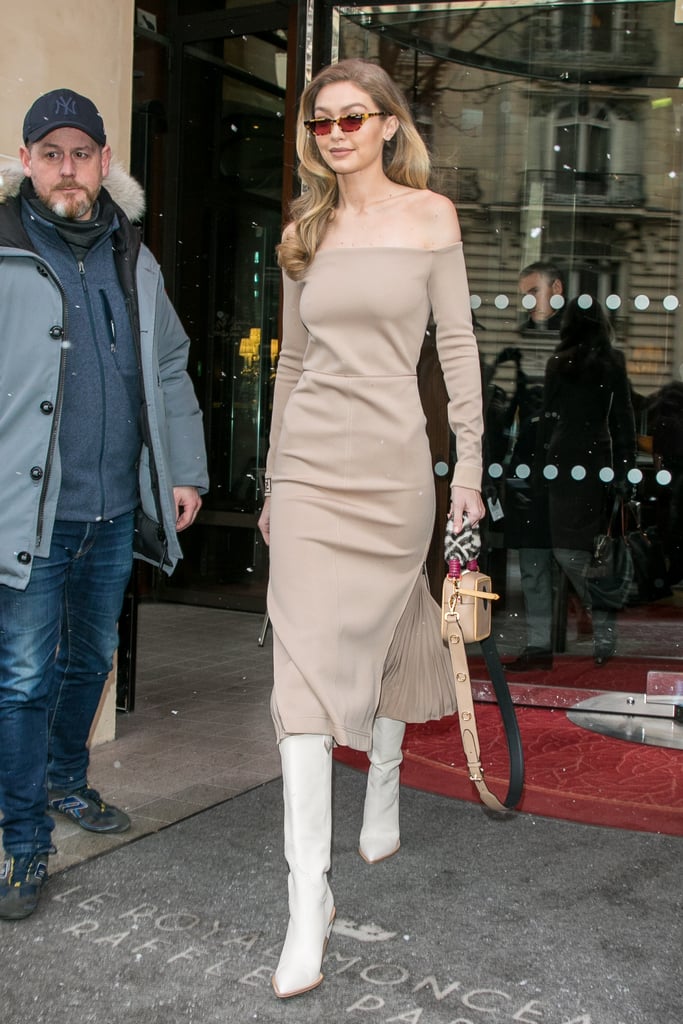 When Gigi Hadid arrived for Paris Fashion Week, she brought along a change of wardrobe. It appeared the model picked up a little something when she stopped in Milan for shows: a pair of white cowboy boots. Gigi first debuted the Fendi shoes on the Fall '18 runway, rocking them with a structured collared dress. But IRL, she wore them with a Fendi off-the-shoulder dress and a Fendi strapped bag for an all-encompassing look from the fashion house.

It's not unusual for the model to take something from next season's collection and make it her own ahead of everybody else. She is a trendsetter, after all. We're betting Gigi might even get lucky and take something home from the Paris runways. Read on to see next season's It boot on Gigi, then shop similar picks available right now.