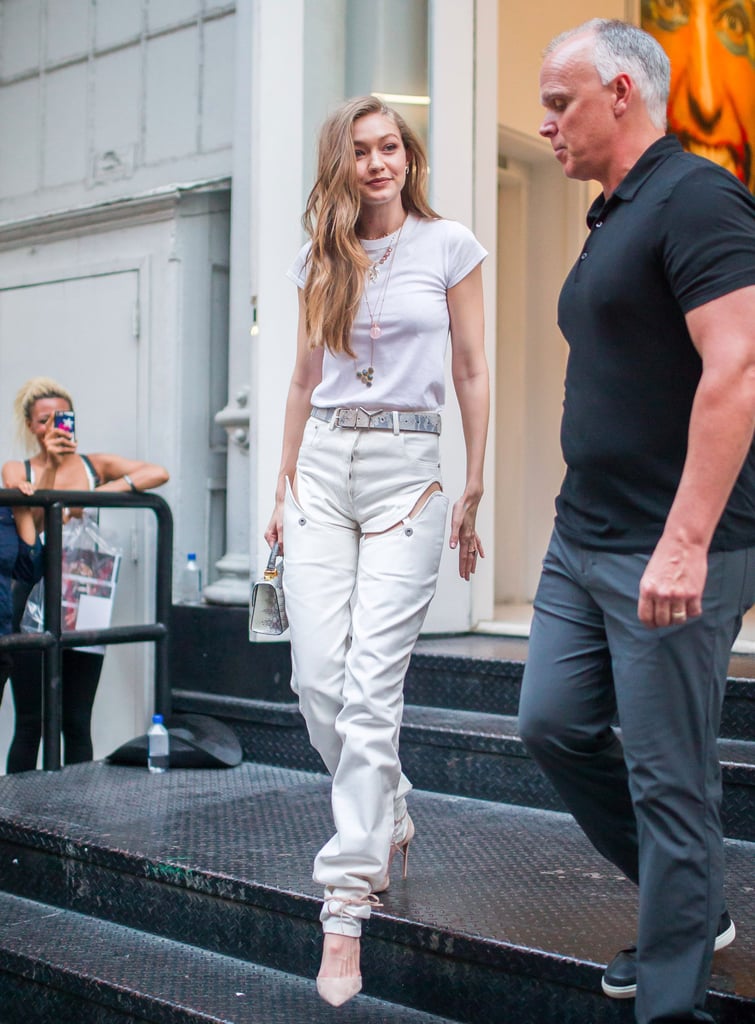 As designers get more and more inventive with denim, the supermodels seem to embrace every new style they can get their hands on. Gigi Hadid stepped out in New York City wearing a pair of Y/Project pants that convert into shorts. (Her sister Bella rocked the same ones for a photo shoot). This pair came cinched with a snakeskin belt, which drew attention to the Stalvey lizard bag she was carrying. Gigi's layered necklaces were a bohemian touch, but she made one final elevated statement by tying the laces of her suede heels around the ankles of her jeans. Scroll for a look, then shop for denim that's just as eye-catching.