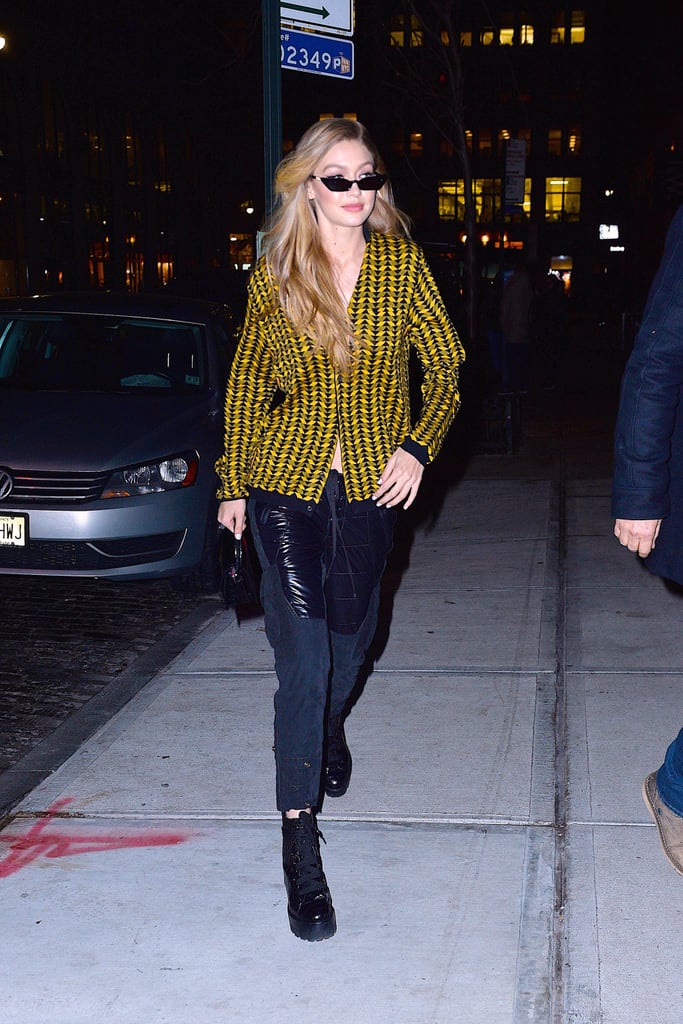 Gigi Hadid Left Her Shirt Undone — Remember When Zayn Used to Do That?

Gigi Hadid leaving her pajama top unbuttoned at the bottom appears to be a smooth style move, are we right? She might have been stepping out in the dead of Winter, but she couldn't have been braving the cold for too long. Her silk shirt gave way to paneled trousers and platform, croc-embossed combat boots, and she accessorized the look with micro sunglasses and a Tod's mini bag ($1,359, originally $2,265).

But we're throwing you for a loop — Gigi's outfit instantly reminded us of her boyfriend Zayn Malik's old signature. He used to pull a similar trick with his shirting, closing his jacket just under the collar. (We've got plenty of evidence right here!) Whether or not Gigi took a tip from Zayn, the two have convinced us of their coordination many times over, and you can re-create the same open-front look with any of the designs we rounded up ahead.