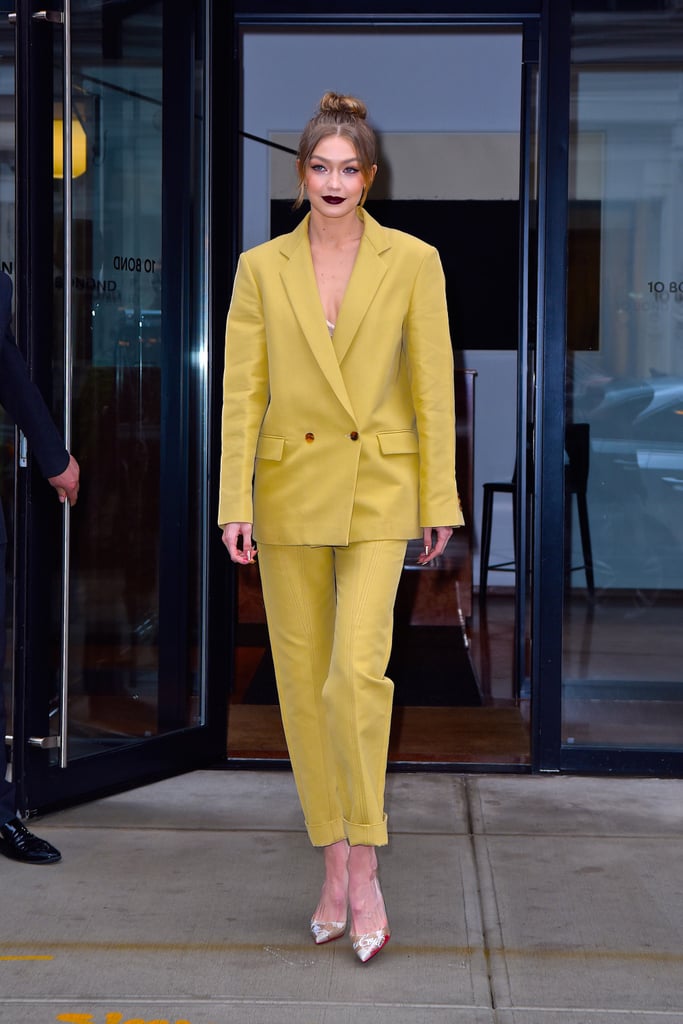 More and more celebrities are choosing to rock pantsuits on the red carpet, and Gigi Hadid is no exception. The star attended the premiere of Being Serena and, for the appearance, wore a Derek Lam mustard-colored suit. Gigi's blazer had a one-button closure and side pockets while her trousers featured a thread design down the front. Her pants were cuffed to reveal a pair of Christian Louboutin pumps.

Later, the model met up with her sister Bella on the red carpet, who also rocked a suit, and Serena Williams herself. As the three posed for the cameras, Gigi easily stood out with her bright outfit and moody lipstick. The look was the best way to welcome Spring in New York City and pay homage to Serena with her "S" brooch. Take a page from Gigi's ensemble, and go into Spring fever mode with similar pantsuit selections ahead.