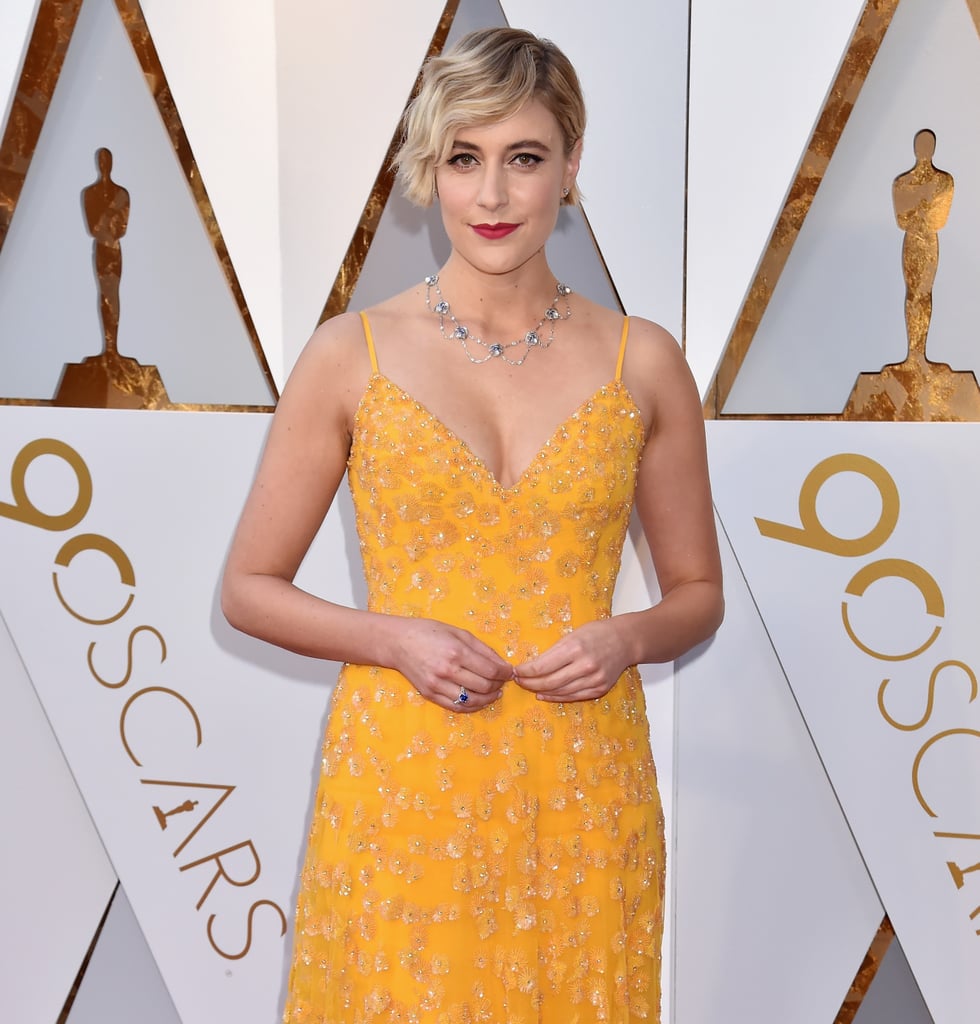 If you had a distinct feeling of red carpet déjà vu when Greta Gerwig showed up to this year's Academy Awards, it's with good reason. Greta – who is the only woman nominated this year for Best Director – arrived in a yellow embellished dress, and her overall look bore an uncanny resemblance to one of the Oscars' most iconic sartorial moments: that of Michelle Williams, circa 2006.

Whether intentional or not, the force behind Lady Bird channeled the decade-old look in almost every way. Not only were their dresses a identical swatch of canary yellow (Greta was in Rodarte while Michelle wore Vera Wang)but they also both had a strong, cleavage-bearing V-neckline and eye-catching details. Whereas most stars would have opted out of accessories entirely with such vibrant gowns, they each added a statement necklace that gave their looks some edge. And even Greta's styling was in sync with Michelle's, down to the old Hollywood hair wave and bold red lip.

When you compare the looks, it's honestly hard to imagine Greta – or her stylist – didn't have a photo of Michelle's 12-year-old Oscar look pinned to her award season inspiration board. Read on for side-by-side comparisons that'll give you serious fashion flashbacks.