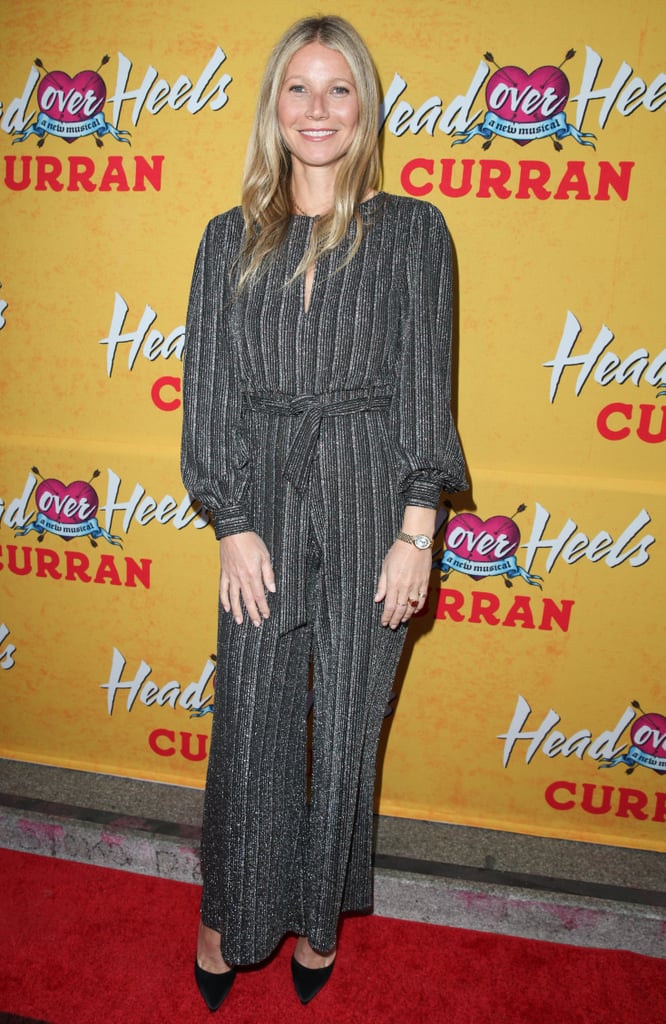 Everyone is still buzzing over Gwyneth Paltrow and Brad Falchuk's black-tie engagement party at the Los Angeles Theater, which was rumored to actually be their secret wedding. It was quite suspicious since they invited more than 400 people to the party with guests like Jennifer Aniston and Kate Hudson making an appearance. Well, Gwyneth Paltrow may have just put all those rumors to rest with a single piece of jewelry.

For the pre-Broadway opening of Head Over Heels in San Francisco, Gwyn walked the red carpet in this metallic striped jumpsuit by the up-and-coming brand Retrofête. Instead of her rare engagement ring, the actress showed off a new accessory on that special finger: a gold ring that had Brad's initials in between two crisscrossing arrows. Read on to get a closer look, and let us know what you think. (Could this be her wedding band?) After a little research, we even found her exact ring below, which is available on her website Goop!