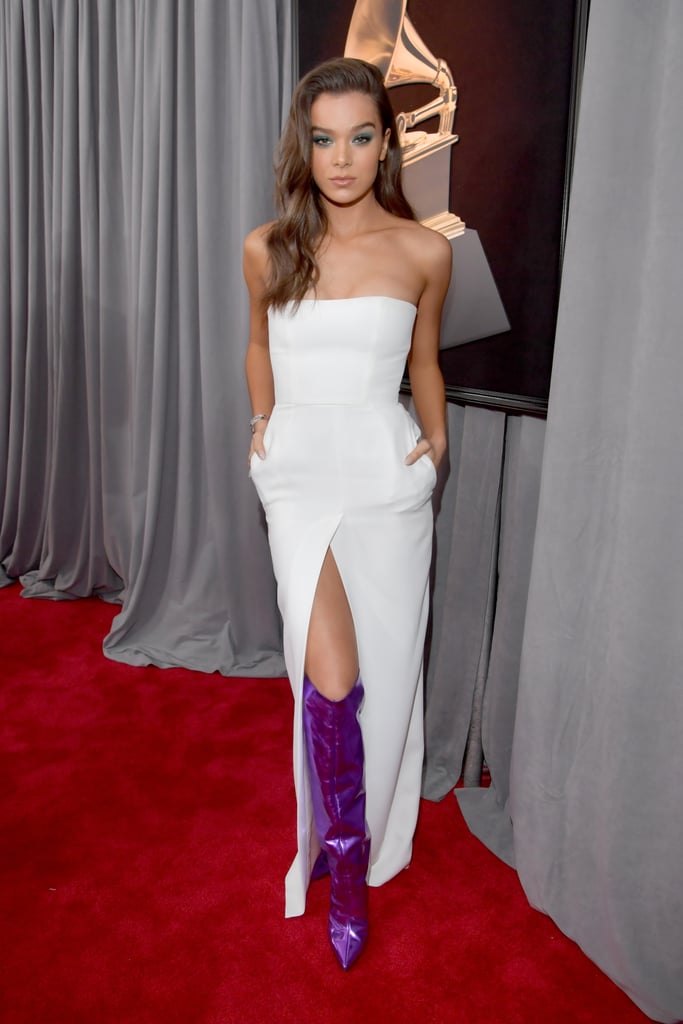 Hailee Steinfeld arrived at the 2018 Grammy Awards in a look that put all the focus on her footwear. The 21-year-old singer and actress wore a minimalist, strapless dress with a thigh-high slit by Alexandre Vauthier. While her dress was surprisingly simple, Hailee accessorized it with an eye-catching pair of knee-high, purple and metallic boots by the same designer. She opted to go without a handbag and completed her look with dazzling diamonds from Hearts On Fire, Djula, and Mattia Cielo. This is Hailee's first Grammy Awards appearance and she is set to present during the big show. See her futuristic look from all angles ahead.