Halima Aden, 19, made headlines during the Miss Minnesota USA pageant when she chose to wear a hijab and burkini in the competition. The Somali-American teen from St. Cloud, MN, was one of 45 women competing for the title but the only one to appear on stage wearing traditional garments from her culture. The contestant graced the stage in a burkini — a modest swimwear piece that ignited a debate on social media only a few months ago — and wore a black hijab with her red evening gown.

"I wanted people to see that you could still be really cute and modest at the same time," she said. It seemed the judges agreed, because Halima made it to the semifinals with the crowd cheering her on. Though the crown eventually went to Meredith Gould, it didn't stop Halima from speaking about her positive experience in the pageant on Facebook, where she revealed that she came home to a ton of "DMs."

As for Halima's word of advice to others trying to break barriers? "You don't let being the first to do it stop you or get in the way," she said. "When I see that there hasn't already been somebody, I take that as a challenge for me to give it a try." Keeping reading to see Halima conquer the stage in her modest attire like a pro.

Maria Al-Sadek
When It Comes to Modest Fashion Icons, Maria Al-Sadek Is One Name That Tops Our List
by Kate-Lynne Wolmarans 08/6/20 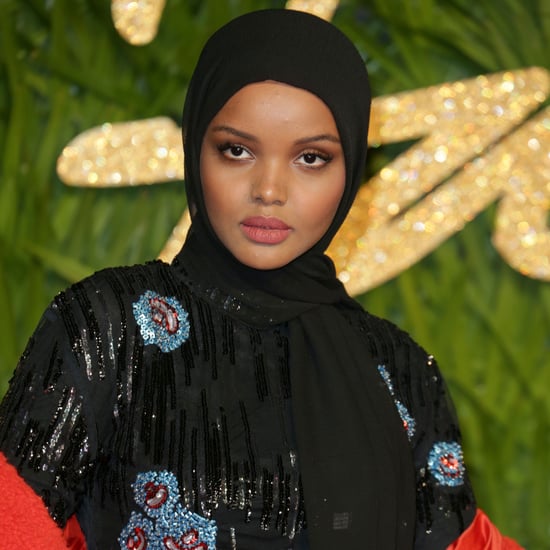 Fierce Females
When It Comes to Addressing Haters, We Should All Take Page Out of Halima Aden’s Book
by Dalia Yasir 07/6/20

Coronavirus
It's Official — Paris, Milan, and London Fashion Week Are All Going Digital This Summer
by Nikita Charuza 17/5/20

Coronavirus
J.Crew Files For Bankruptcy, but Will Stores Close? Here's What You Need to Know
by Sarah Wasilak 04/5/20
Latest Fashion