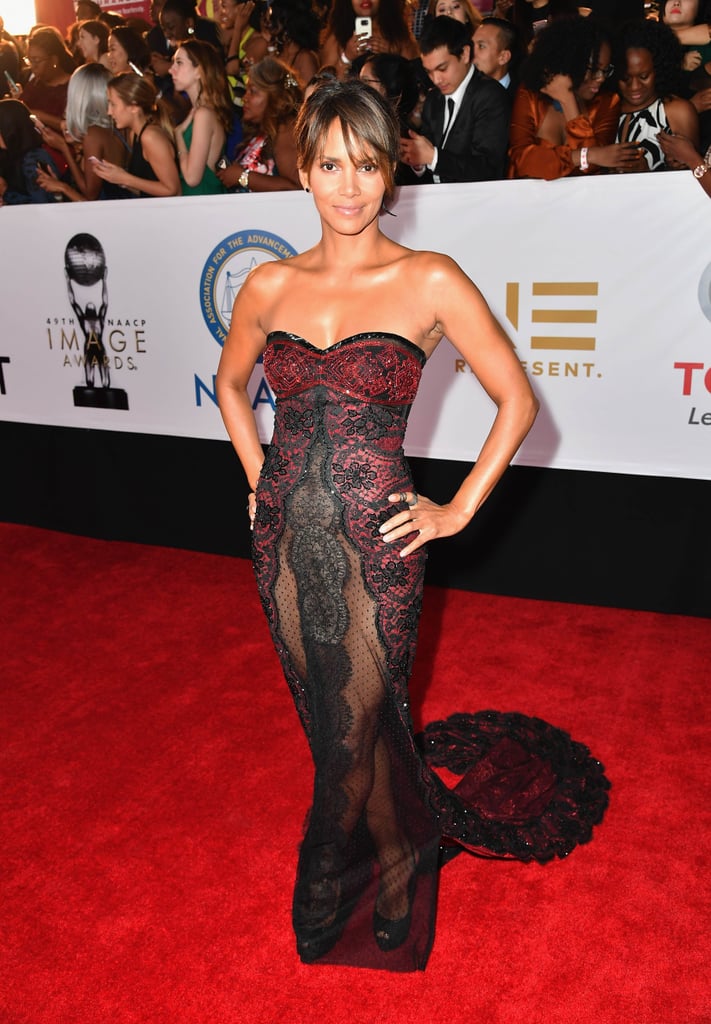 Well, if you needed a reminder that Valentine's Day is coming up, lock your gaze on Halle Berry's Reem Acra look at the NAACP Image Awards. That should do the trick. The star, who's well-known for wearing sexy, body-hugging dresses, one-upped herself in a red and black lacy number that was mostly sheer, just dotted with embroidery where completely necessary.

We imagine the actress gave up undergarments to slip into this masterpiece, but she did accessorize with subtle metallic jewels from Anil Arjandas, Joelle, and Harry Kotlar, with Tamara Mellon heels acting as the finishing touch. Ahead, you can zoom in on every angle and even see Berry take the stage with no sweat. It appears Halle's confidence needs no testing — even when she's practically wearing lingerie on the red carpet.