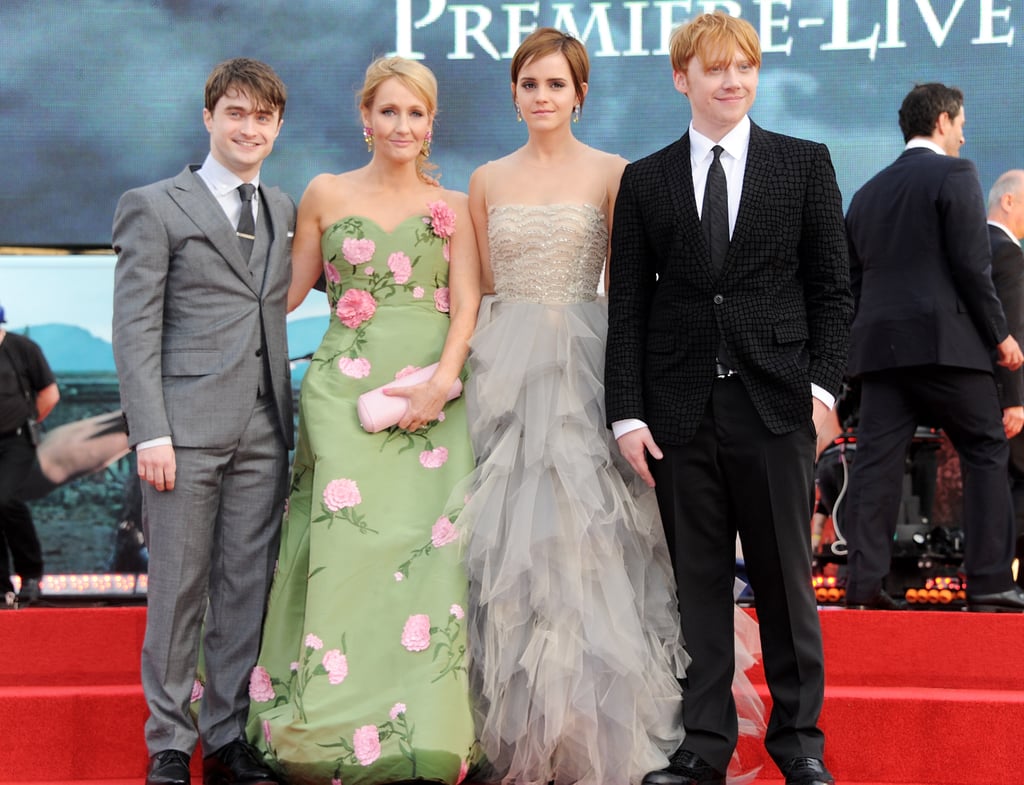 You followed Ron, Hermione, and Harry around Hogwarts in their long robes and monogrammed Christmas sweaters, but have you seen what they wore to hit the red carpet? From The Sorcerer's Stone to Deathly Hallows, the style evolution of your favorite characters is just as dramatic as the films you love so much.

Emma Watson, Daniel Radcliffe, and Rupert Grint went from children who knew very little about fashion — Rupert loved wearing blazers, ripped jeans, and tees to his first premieres, while Emma selected purple vintage dresses — to starlets in couture, and they weren't alone! Tom Felton and Clemence Poesy, who played Draco Malfoy and Fleur Delacour respectively, were staples at photocalls too, and Clemence showed off plenty of Chanel looks straight from the runway!

Read on to reminisce about the amazing outfits the actors wore to promote their movies, from the most recent snaps to those from long ago, which will have you rubbing your eyes in disbelief.