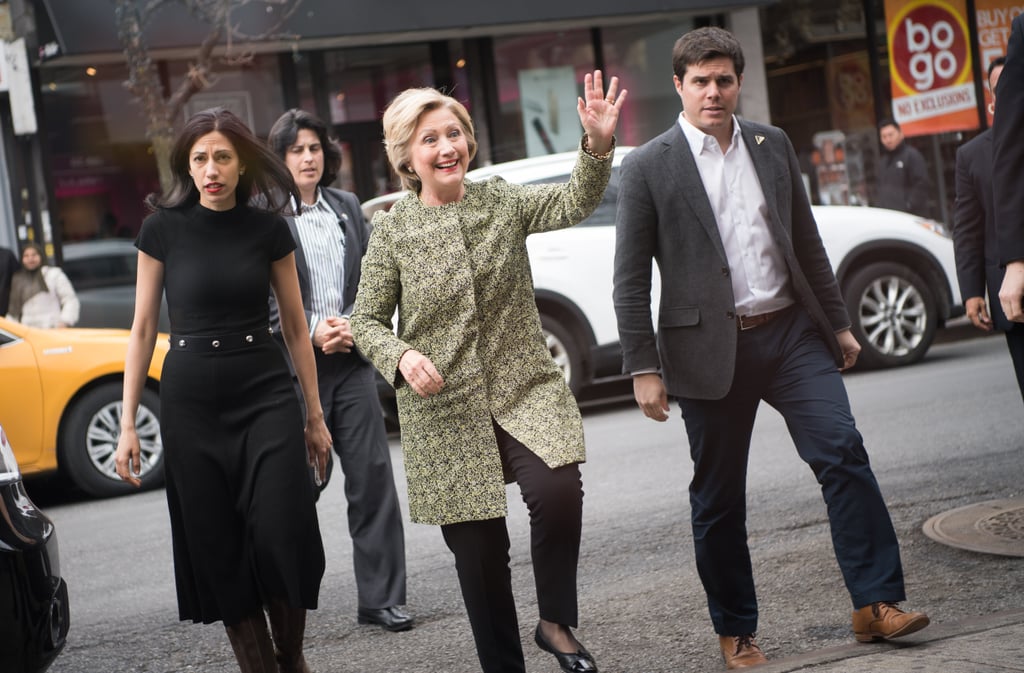 Huma Abedin Stands Behind Hillary Clinton, but Her Style Is Unmissable

Huma Abedin is a well-known politician who has backed Hillary Clinton since 2008, though she was hired as her intern in 1996. Now, she serves as vice chairwoman of Hillary's campaign and makes many appearances alongside the Democratic nominee. While Huma could keep her wardrobe to neutral shifts and black pumps, she's had plenty of time to experiment. Keeping things plain is not her cup of tea.

Huma is one of those leaders who commands attention. She rarely repeats an outfit and is always fully accessorized from head to toe. When she's on the red carpet, like at the White House Correspondents' Dinner or the Met Gala, she selects designer pieces that speak to her unique style — it's polished but colorful and rarely without a flash of metallics.

For her wedding to former Congressman Anthony Weiner, Huma wore a gilded Oscar de la Renta gown that made the fashion world stir. The pair have since separated, but an image of Huma in her embellished cap-sleeve dress will always live on in our minds. That, and the 22 bold style notes we're taking from her. Read on to see why whenever Hillary's around, we look for the sophisticated lady standing behind her.