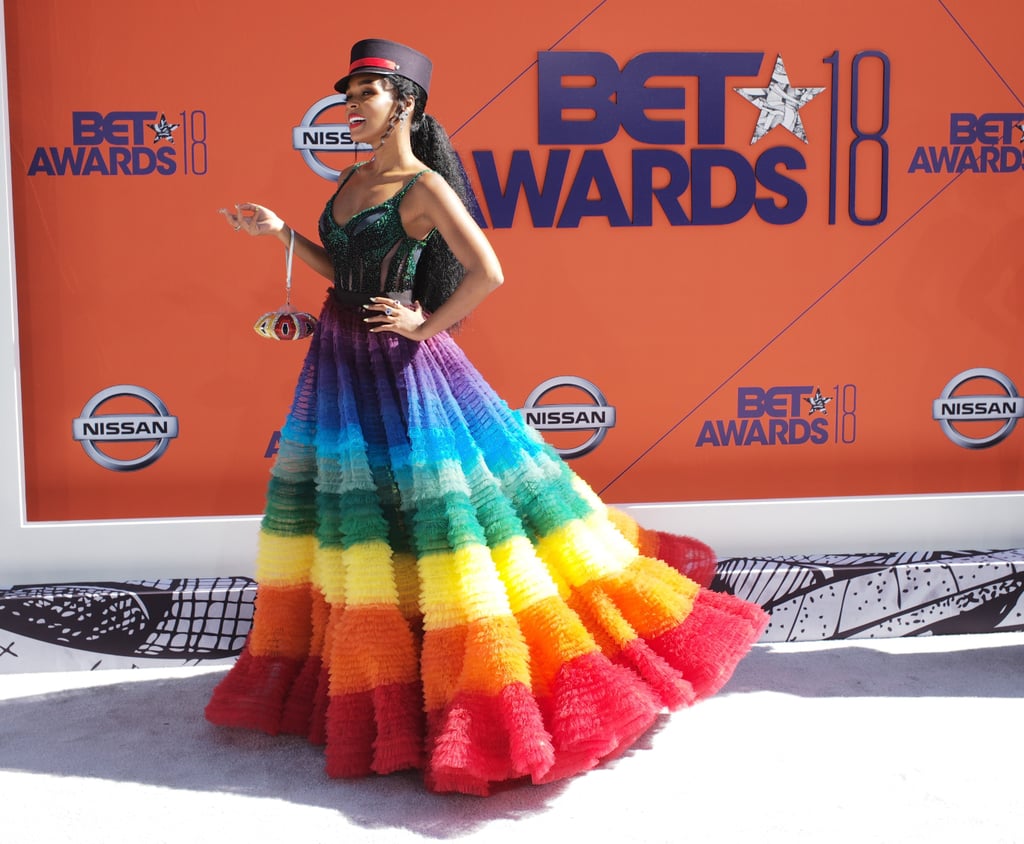 Backtrack Janelle Monaé's red carpet history and you'll find that, despite her ability to pull off avant-garde or voluminous outfits, she doesn't wear color often. Janelle has boldly defined her "uniform" with a black-and-white palette as a salute to the working class, or her grandmother and mom, as she revealed to Huffington Post in 2013.

But even while avoiding bright shades, Janelle has managed to distinguish herself as one of the bravest dressers in the entertainment industry, on and off the carpet. So we didn't bat an eye when she showed up to the 2018 BET Awards in an incredible Nicolas Jebran rainbow tiered gown with a matching crystal-embellished bag. It was, of course, a tribute to Pride Month, which is as good a reason as any to abandon black and white for the night.

Janelle's green beaded bodice brought out her glow, and, as if she needed another accessory to turn heads, Janelle completed her ensemble with a tall conductor's cap and sparkling Tiffany & Co. jewels. Yep, it's clear who took the fashion charge at this award ceremony. Just read on to see her from every stunning angle.