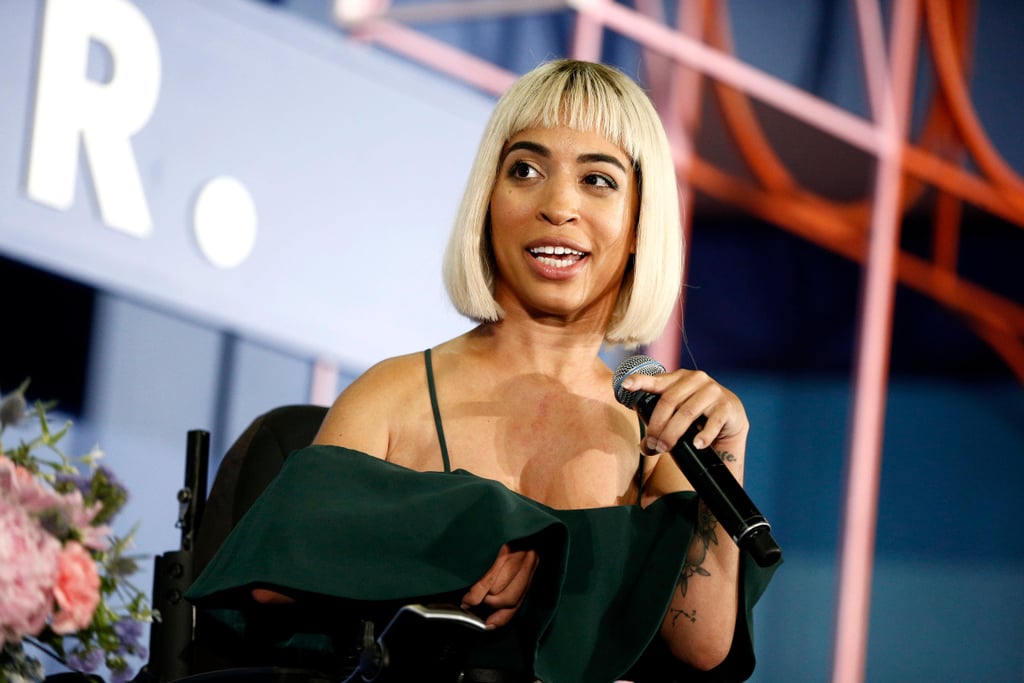 Growing up in New York City, model Jillian Mercado loved fashion without knowing it was really "a thing." Her father worked at a shoe store and would bring home shoes for her mom (cute, right?), and her mother was a seamstress. "I used to spend a lot of time with her, because the noise of the sewing machine soothed me," Mercado told POPSUGAR in an interview following her appearance at the POPSUGAR Play/Ground festival.

Not only did this portend Mercado's career in fashion, but it had an added benefit too. "My mom really wanted us to grow up without technology," Mercado says. "She grew up in the Dominican Republic in a beautiful countryside house with zero technology. She would take us to libraries and parks and let us be kids. My favorite time was spending time with her watching her sew."

The 31-year-old model spoke on a Play/Ground panel called "Breaking the Model Mold," which is what Mercado deliberately set out to do when she began her career. She loves fashion and she also has muscular dystrophy and uses a wheelchair, and she had trouble reconciling the fact that she didn't see people like herself represented in the industry. Her conclusion? "I guess I'm going to have to do something about it!"

Since her big break in a Diesel campaign in 2014, Mercado has appeared in campaigns for Nordstrom and Target and has been featured in editorials in Glamour and Cosmopolitan. She was tapped by Beyoncé to be the face of her "Formation" clothing line.

"Everything I chose to do is because I really believe in it," she said. For instance, she'd love to become more involved in the adaptable clothing market. "All the things I will be doing in the future are things I love so much. The Jillian empire is coming soon."

Read on for the rest of Mercado's insightful interview.