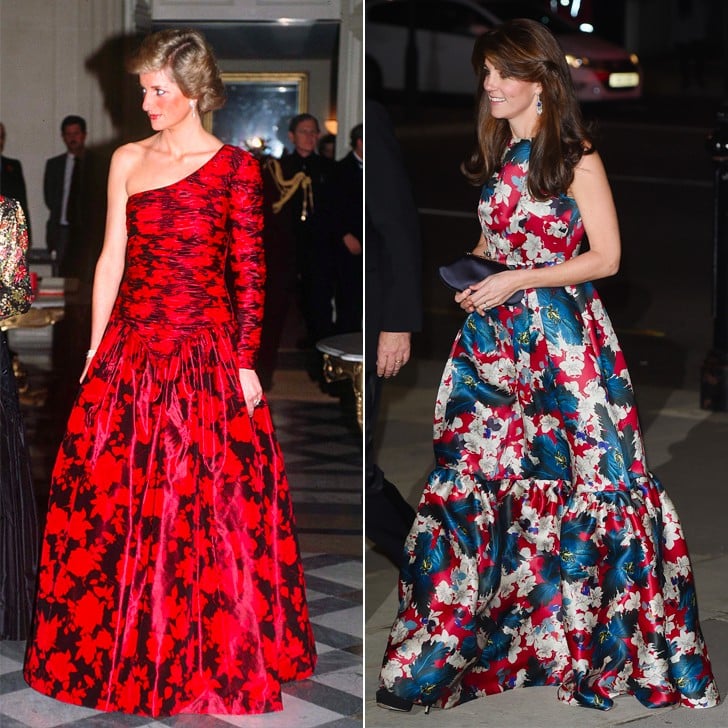 When Prince William and Kate Middleton announced their engagement back in October 2010, it was inevitable that the newest member of the royal family would be compared to her mother-in-law, the late Princess Diana. Not only did the two women share the same sapphire engagement ring, but also the same good genes, with their catwalk measurements and photogenic good looks. Over the following years, Kate's fashion choices have also often been compared to those of Diana — many times because they might simply have worn the same color. However there are some striking similarities between many of the women's choices — some intentional, and others less so . . .