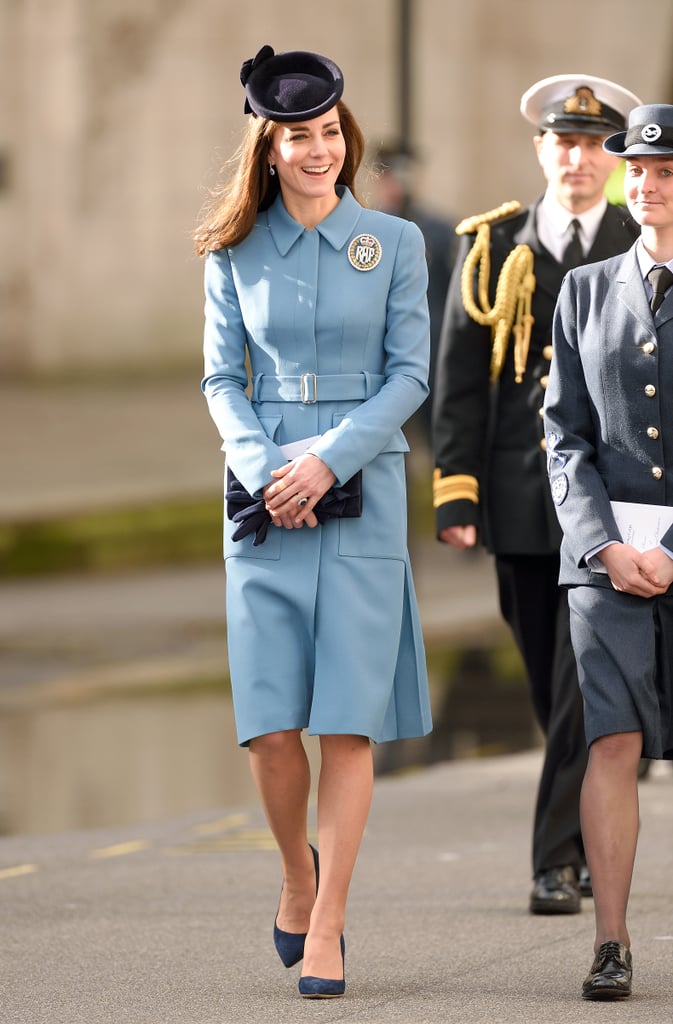 Kate Middleton always looked good in the clothes that she wore, but something very special happened on April 29, 2011 . . . Not only did she marry the man she loved and enter one of the most famous families in the world, but she also chose the occasion to wear her first Alexander McQueen gown. There had been speculation for months about who Kate would choose to design her wedding dress, and not only did she favor the design house for her big day, but she has for many, many significant occasions since.

Alexander McQueen was a British designer who won awards for his edgy creations, but following his suicide in 2010, the company was taken over by his longtime assistant Sarah Burton, and it wasn't long before a perfect pairing with the new duchess took shape. The label is one of Kate's go-to "super seven" of favorite designers, and she has worn McQueen for five Trooping the Colors, George's and Charlotte's christenings, two Diamond Jubilee events, at least twice on every royal tour, her sister Pippa Middleton's wedding, two Remembrance Sundays, Garter Day, Christmas, Ascot, Wimbledon, the annual Buckingham Palace Christmas diplomatic reception, and numerous regular engagements. Take a look at every time Kate has worn a fabulous McQueen outfit.