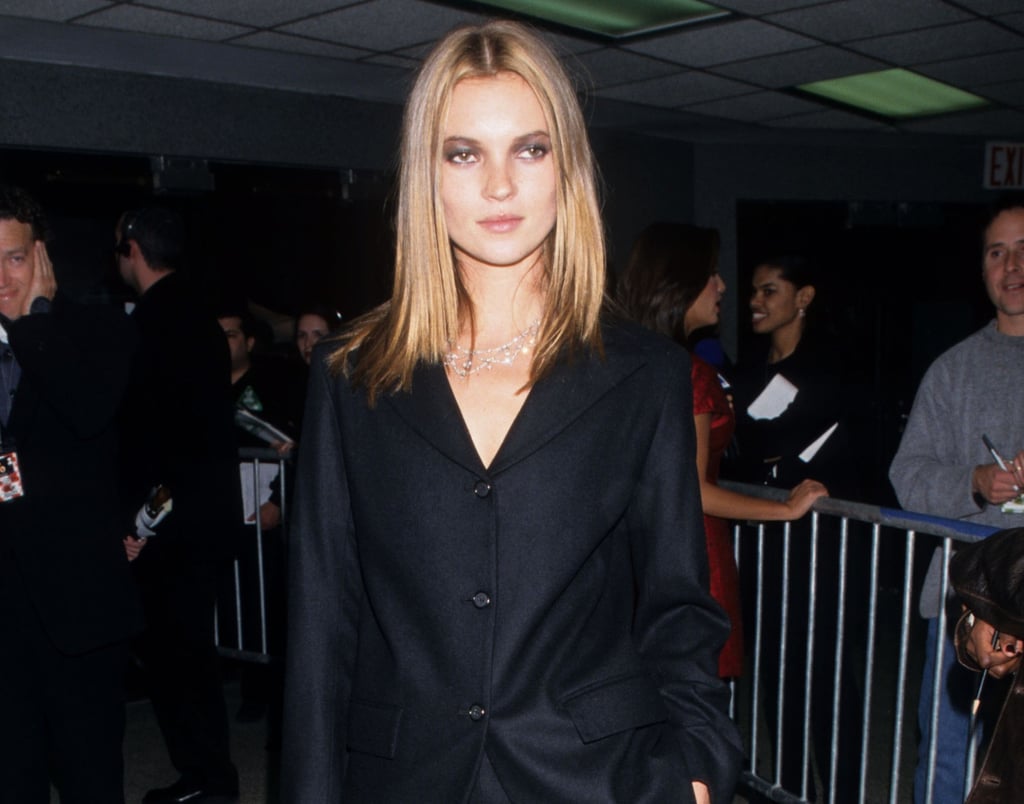 In July 1990, a fresh-faced Kate Moss graced the cover of The Face magazine. The accompanying spread, famously shot by photographer Corinne Day in Camber Sands, England, launched her career as a model. It caught the attention of the team at Calvin Klein, who soon had a topless Kate posing with Mark Wahlberg for one of the brand's most famous underwear campaigns, as well as signing her as the face of the fragrance Obsession. Along with her supermodel pals, Kate Moss ruled the '90s: she even had a hot Hollywood boyfriend in Johnny Depp.

Those early days gave us a glimpse at an evolving personal style that would turn her into an enduring style icon, from her predilection for all-black outfits, to a passion for simple satin slip dresses. Even in her early 20s, Kate knew exactly how to put together an outfit that would turn heads with its simplicity and nonchalance (um, and those supermodel good looks). Take a look back at some of Kate's early appearances now, as we plan exactly how to re-create some of her most memorable '90s looks for ourselves!