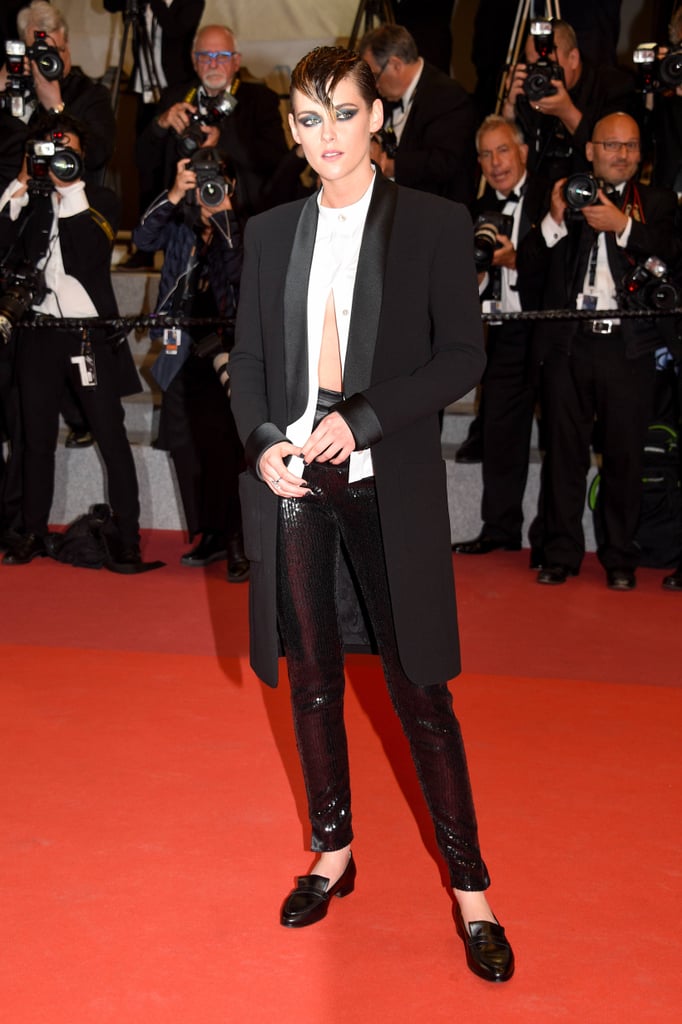 Someone really needs to give Kristen Stewart an award. The actress recently made a bold statement on the Cannes Film Festival red carpet during the premiere for BlacKkKlansman. She showed off her feelings about the film festival's controversial no-flats policy by removing her heels and walking up the stairs barefoot.

The actress challenged the rule once again while attending the screening of Knife + Heart in a pair of black loafers. Kristen styled her Sarah Flint flats with a sexy button-down top from Chanel, which she left open to reveal her toned abs. She finished off her look with a pair of sequined pants and a long blazer, also from Chanel. Read on to see all angles of Kristen's empowering footwear choice and shop similar versions.