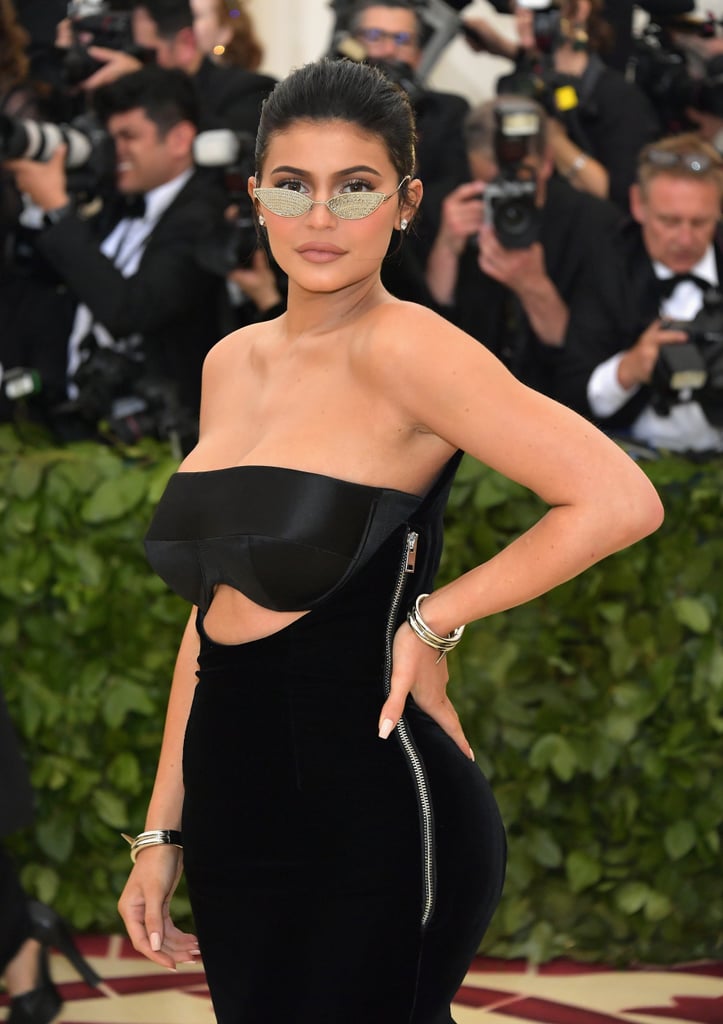 Kylie Jenner went her own way at the 2018 Met Gala. Despite the opulent "Heavenly Bodies" theme, the 20-year-old makeup mogul and new mom wore a futuristic Alexander Wang gown and tiny '90s-style sunglasses, which appear to have embellishments on the actual lenses. Kylie posed with her boyfriend, Travis Scott, and the exclusive event marked the couple's first red carpet appearance since welcoming their daughter, Stormi, in February. The gala was a real family affair with Kendall Jenner, Kris Jenner, and Kim Kardashian all in attendance — each representing different brands, no less. Ahead, see pictures of Kylie's supermodern ensemble.

Kendall x Kylie Collection
Kendall and Kylie Jenner Have Revealed Their Makeup Collab, and We Want Three of Each — Please
by Kate-Lynne Wolmarans 23/6/20
Latest Fashion