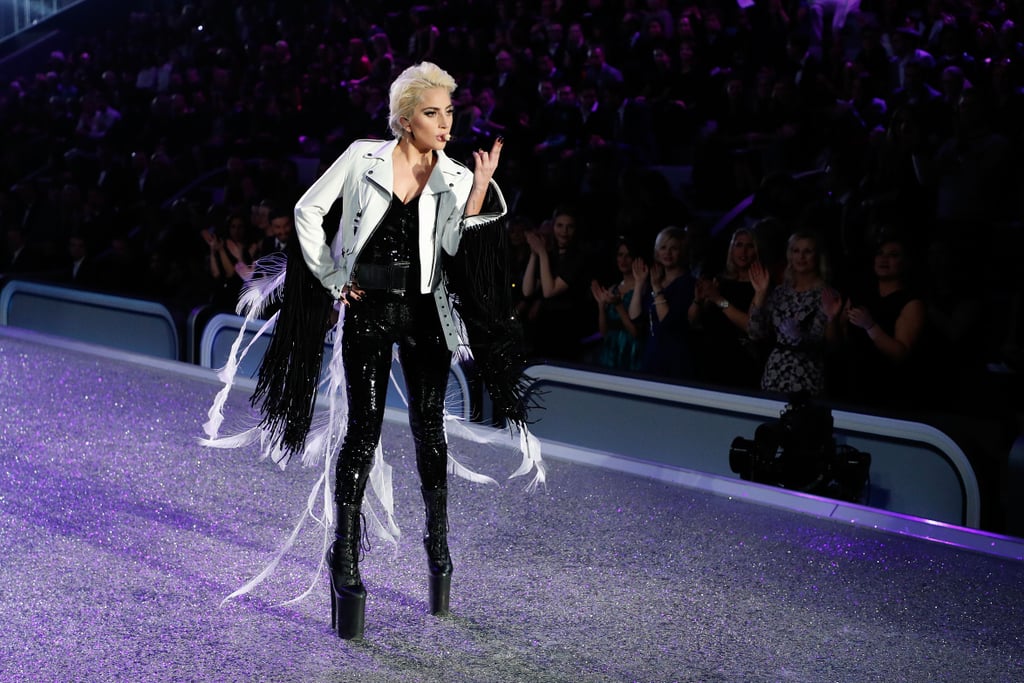 Lady Gaga's VS Jacket Looked Normal at First, but It Was Far From It

When it was announced that Lady Gaga would perform at 2016's Victoria's Secret Fashion Show, we were pretty confident that it would be a show to remember. The "Joanne" songstress is a born entertainer, and any time she shows off her skills, it's a treat — not to mention she's already got runway experience thanks to designer Marc Jacobs. But while we expected one heck of a show, we didn't know there'd be a surprise like what Gaga pulled off. One second, she's shimmying into a jacket — cool, feathered, yet somewhat simple. The next? Those feathers pop up and turn into full-on wings.

The trick was pretty crazy to say the least, and definitely deserves a closer look. Check out the play by play ahead, then see Bella Hadid's VS runway debut.