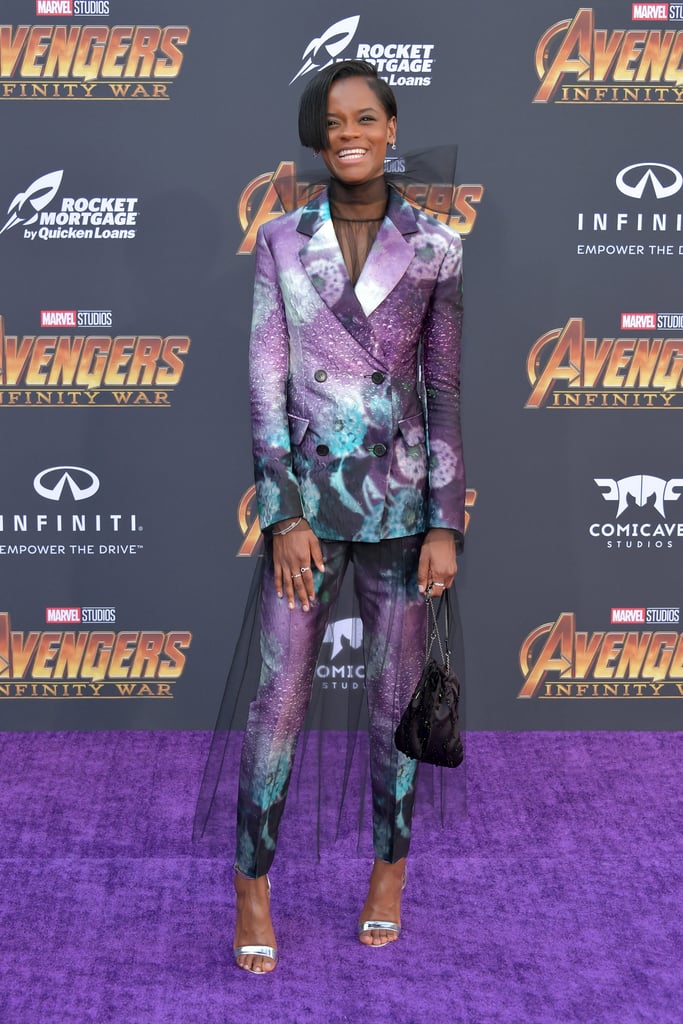 Letitia Wright stole the show at the premiere of Avengers: Infinity War in Los Angeles. The actress deviated from Hollywood norms by rocking a powerful suit instead of a dress. (Her costar Scarlett Johansson also recently roasted a reporter for asking a "fashion question" during a panel.) The breakout star walked the purple carpet while wearing a bespoke Prada suit, which was a tribute to her onscreen character: a scientist and princess named Shuri.

If you look closely, you'll notice a surprising feminine touch added to the actress's purple printed suit. Underneath the menswear-inspired look, Letitia wore a high-low sheer top. The back knotted into a bow behind her neck while the rest of the mesh material peeked out from underneath her blazer. She finished her empowering look off with a chain-link bag and a pair of metallic heels. Read on to see her full ensemble and buy similar versions of her cool suit ahead. Then, check out which of her female costars also wore suits on the red carpet.