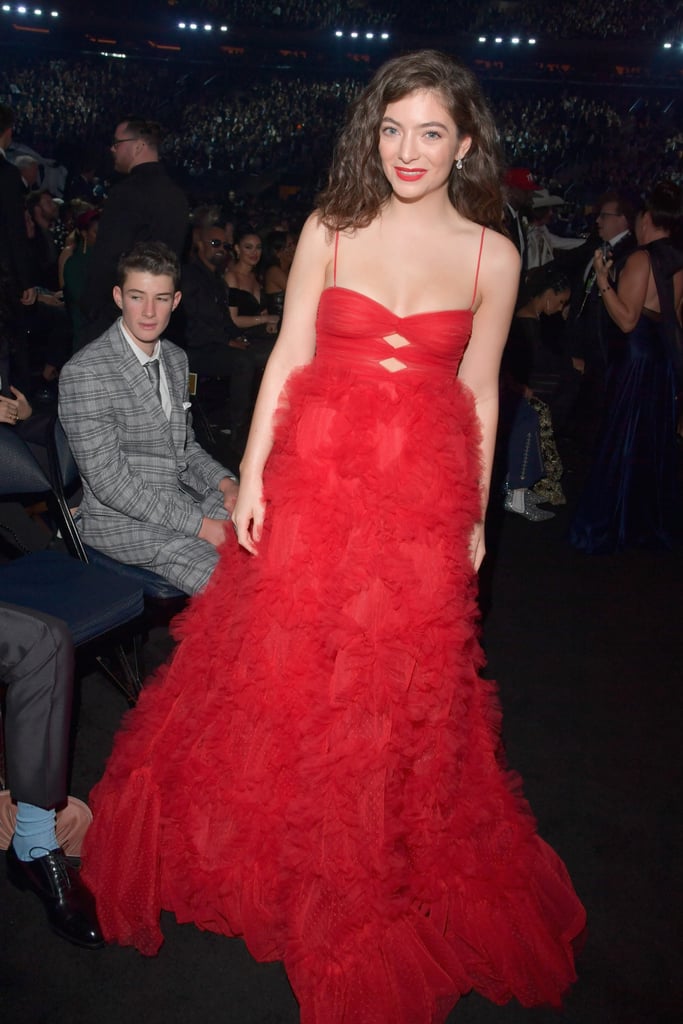 Lorde brought her A-game to the 2018 Grammy Awards in a fiery red Valentino dress and Kwiat jewelry. Her dress hit her in all the right places and featured sexy touches like the low-cut neckline and peekaboo slits down the front. But once she turned around, her dress revealed a secret message.

The 21-year-old has an essay from neo-conceptual artist Jenny Holzer sewn into the back of her dress. As part of her "Inflammatory Essays" series, Jenny created posters and pasted them all over New York City between 1979 and 1982. The essays were written to show the reader the "urgent necessity of social change, the possibility for manipulation of the public, and the conditions that attend revolution," according to a statement provided by her studio.

The essay reads: "Rejoice! Our times are intolerable. Take courage, for the worst is harbinger of the best. Only the overthrow of oppressors. The old and corrupt must be laid to waste before the just can triumph. Opposition identifies and isolates the enemy. Conflict of interest must be seen for what it is. Do not support palliative gestures; they confuse the people and delay the inevitable confrontation. Delay is not tolerated for it jeopardizes the well-being of the majority. Contradiction will be heightened. The reckoning will be hastened by the staging of seed disturbances. That apocalypse will blossom."

Keep scrolling to see the message on Lorde's dress, and then rejoice in the fact that she brought a flask to match her look.