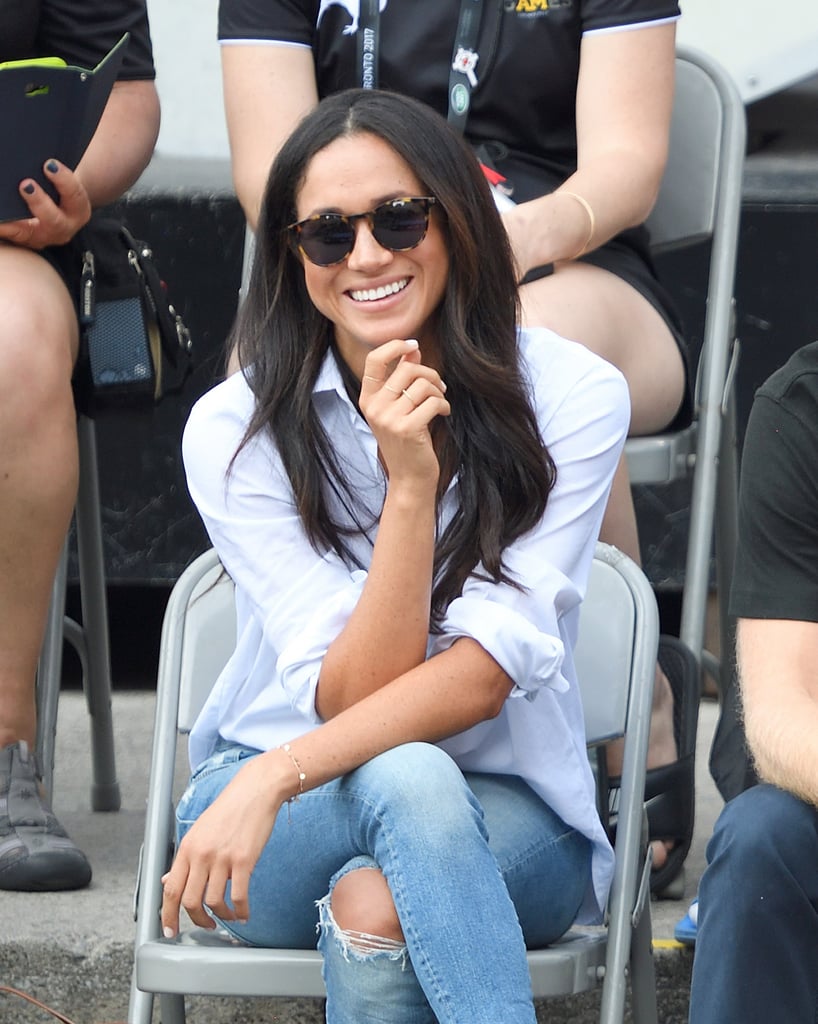 Meghan Markle Loves These Sunglasses, So We Obviously Also Want a Pair

It's no secret that Meghan Markle loves fashion, and the royal bride-to-be has such an amazing sense of style that anything she wears generally becomes sold out in a matter of days, if not minutes. And while some of these sought-after pieces do get restocked, most tend to stay out of stock for quite extensive periods of time.

Case in point with a pair of FINLAY London sunglasses, which Meghan wore when she and Prince Harry made their first public appearance as a couple. According to the brand, the former Suits star caused an unprecedented global demand for the sunglasses, which sold out in a few hours. "We have seen a sales uplift in the past from celebrities wearing FINLAY, however, the impact from Meghan wearing [our sunglasses] has been on a different scale," explained David Lochhead, cofounder of the brand.

Luckily, the Percy Light Tortoise Sunglasses ($180) have now been restocked, right in time for the beginning of Spring. Read on to get a closer look at Meghan's shades, then shop her exact pair, as well as similar options.