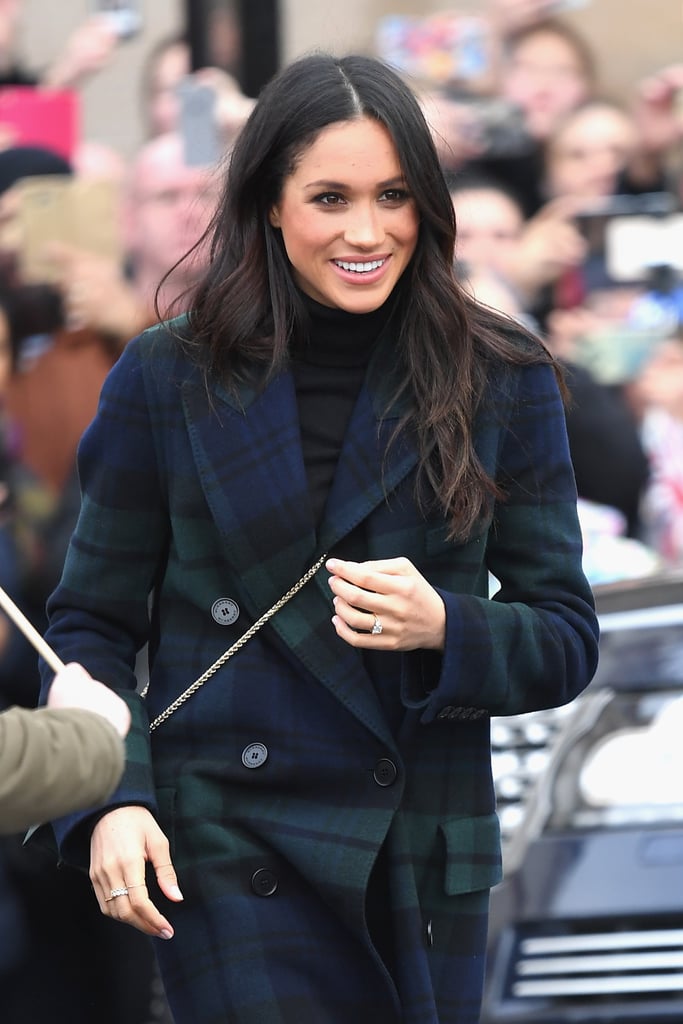 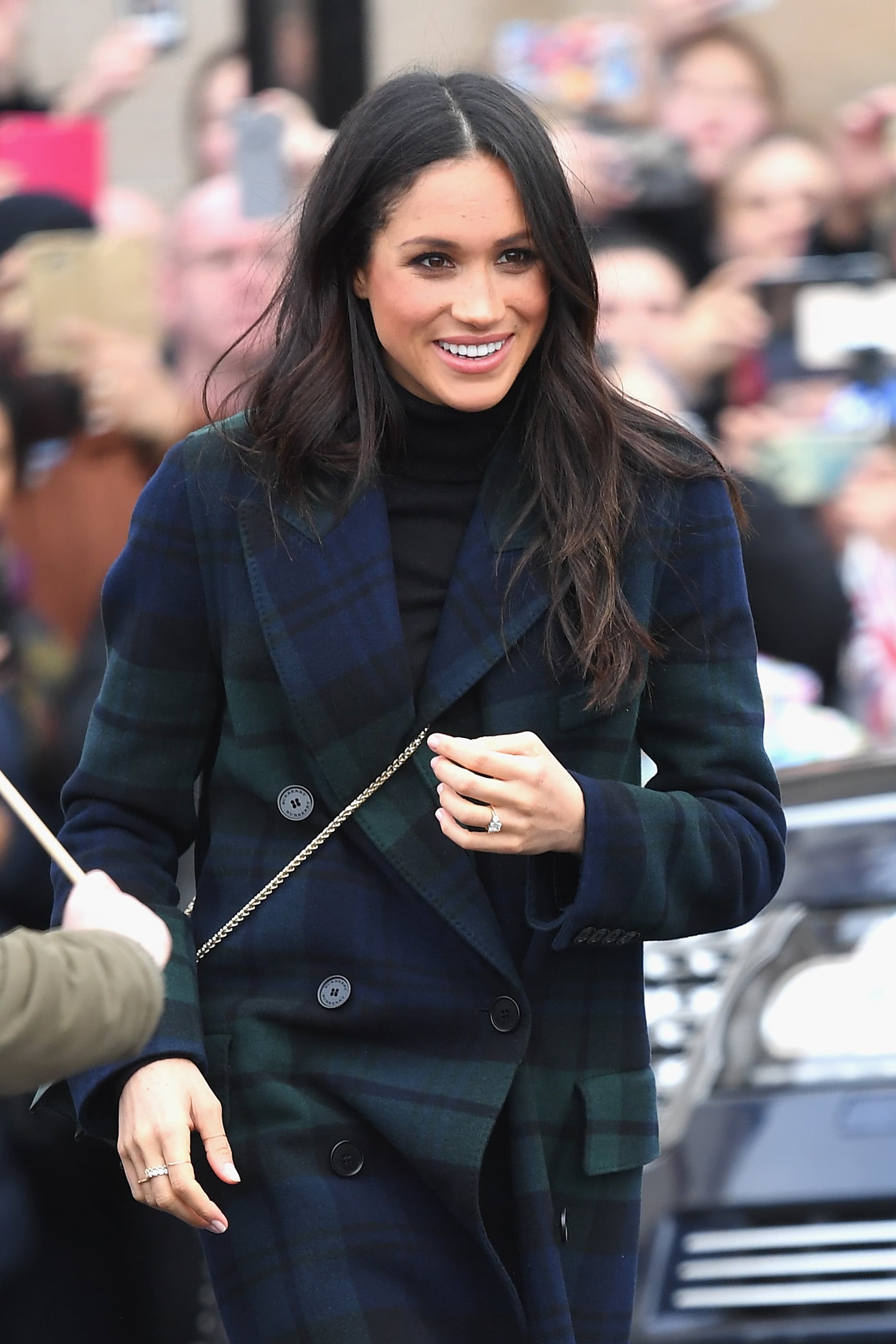 Just like any other fashion girl, Meghan Markle has a thing for handbags. When she and Prince Harry stepped out in Edinburgh for their first joint official visit to Scotland, we were first drawn to her beautiful, tartan Burberry coat ($2,895), which she wore over another jet black outfit comprised of Veronica Beard pants ($297). But as we zoomed in, we immediately fell in love with her bottle green, Strathberry crossbody bag.

Of course, it's not the first time that Meghan has put her trust in this brand. When she first turned to Strathberry, she chose the Midi Tote ($675), which sold out in 11 minutes flat and was then listed on eBay for almost four times its retail price.

The most surprising element however, is the fact that Meghan wore her bag across body; which is a move that, until now, had never been seen from any royal. While Kate Middleton is known for her use of clutches, Prince Harry's fiancé visibly prefers to have both her hands free at all times, in spite of what the royal protocol might say. Read on to get a closer look at Meghan's full look, then shop her exact handbag as well as similar options.